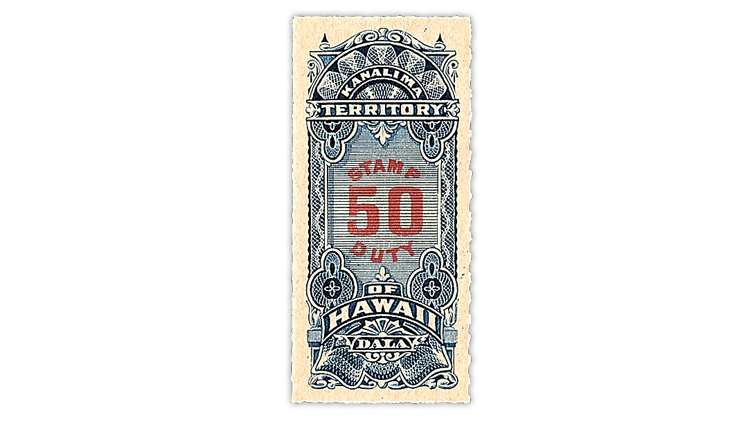 Unique among American states, Hawaii has issued stamps as a kingdom, a republic and a United States territory.

Hawaii was unified by war under King Kamehameha in 1795. It remained an independent kingdom until the last queen was deposed in 1893, after which it became the Republic of Hawaii. It was annexed as a territory of the United States in 1898.

In addition to the inscriptions in English, the stamp is inscribed “Kanalima Dala” (Hawaiian for “fifty dollars”). The quantity issued was only 7,000 stamps.

The Scott Specialized Catalogue of United States Stamps and Covers values the revenue stamp at $70 in unused, hinged condition and in used condition. A mint, never-hinged example is valued at $120.