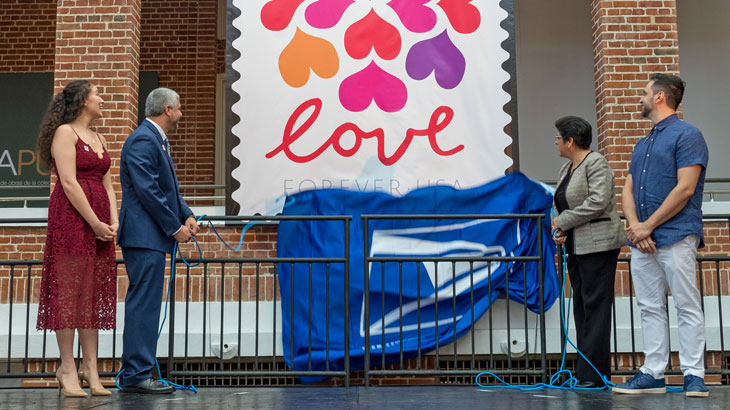 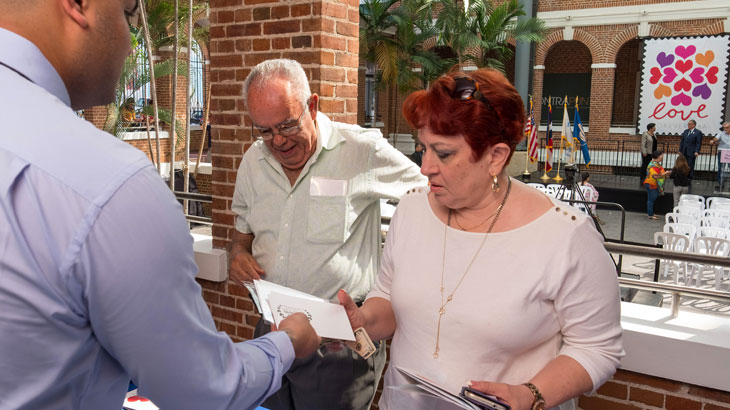 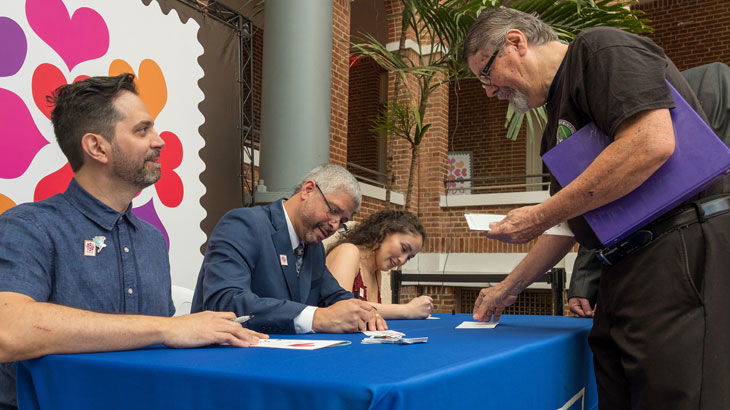 The U.S. Postal Service’s Hearts Blossom stamp — the first new issue of the year — was unveiled Jan. 10 at the Puerto Rico Museum of Contemporary Art in San Juan, Puerto Rico.

The latest stamp in the popular Love series was designed by Art Director Antonio Alcala and shows 12 colorful hearts in a palette of red, purple, orange and pink.

“I think it’s fitting that we’re in San Juan Puerto Rico, a special place that has weathered some tough storms — literally, tough storms — and is deriving of some love,” he said.

The Postal Service’s Love series began in 1973, and has been a favorite for wedding invitations, birth announcements, and, of course, Valentine’s Day.

“The Love stamp is traditionally released in time for Valentine’s Day, but it can be used to deliver love for any reason in any season,” Cintron said.

Sanchez is a Cuban-American actress from Atlanta, Ga., known for her role as Veronica Ruiz on the CBS series, The Inspectors.

Miranda-Rodriguez is a graphic novelist and creator of La Borinquena, a superhero and patriotic symbol with powers stemming from history and mysticism found on the island of Puerto Rico.