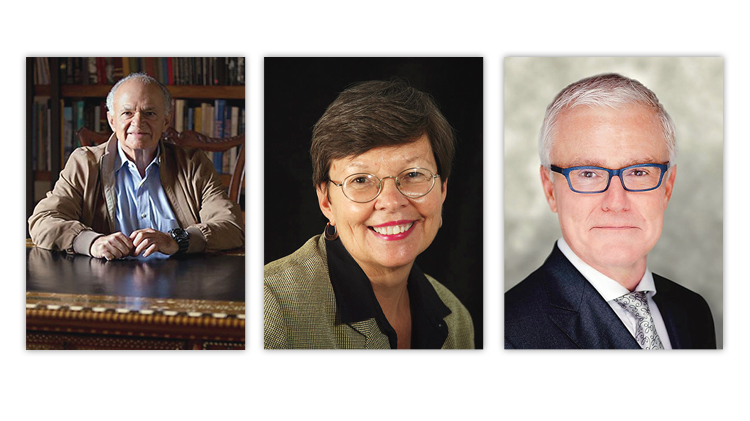 Alfredo Harp Helu, Janet R. Klug and Charles F. Shreve will receive the 2019 Smithsonian philatelic achievement award during a ceremony to be held Oct. 19 at the National Postal Museum in Washington, D.C.

The award was established in 2002 to honor and celebrate living individuals for outstanding lifetime achievement in the field of philately.

An accomplished, lifelong philatelist who possessed a complete collection of stamps of Mexico, Helu founded the Museum of Philately of Oaxaca in Oaxaca City, Mexico.

He also is the philanthropist behind this museum, the only one of its kind in Latin America. He was inspired by a visit to then-recently opened National Postal Museum and his participation in a temporary exhibition on the philately and numismatics and of Oaxaca state. The exhibition was organized in 1996 by the Graphic Arts Institute of Oaxaca.

Helu donated his collection to the Museum of Philately of Oaxaca. His initial gift has since been augmented by dozens of other collectors from around the world so that the museum’s holdings are now worldwide in scope. In addition, the museum has a research library of more than 6,000 books.

The museum has become a cultural center of Oaxaca, hosting philately clubs for children and adults, lectures, book presentations, concerts and other events. The museum mounts multiple temporary exhibitions each year and has hosted several Mexico-Elmhurst Philatelic Society, International conventions, most recently in 2018.

A collector since the age of 6, Klug has said she “never met a stamp she didn’t like.” Her specialized exhibits of Tonga, Samoa, Malaya and Japan under Australian occupation have won a grand award at an American Philatelic Society World Series of Philately show, a grand prix national in Australia, and an international one-frame gold.

Klug promotes philately to a wide audience by writing about stamp collecting in an accessible, uncomplicated style attractive to beginners.

A longtime contributor to Linn’s, her columns have included Refresher Course, Stamps Down Under and Stamp Excursions. The first two columns first appeared in Linn’s Stamp News in 2002. Her books include Catalog of Tin Can Mail Cachets of the Tonga Islands (1984), 100 Greatest American Stamps (2007, co-authored with Donald J. Sundman) and Guide to Stamp Collecting (2008).

Klug has previously been recognized with the Philadelphia National Stamp Exhibition lifetime achievement award (2007), induction into the APS Writers Unit hall of fame (2010), the Elizabeth C. Pope award for lifetime contributions to philately (2011), a Daniel W. Vooys fellowship at the American Philatelic Research Library (2012), and the Luff award for outstanding service to the APS (2014).

After Shreve started collecting stamps at age 12, he was soon working at a local stamp shop on Saturdays to pay for his purchases. While still a teen, he became an apprentice auction lot describer for Roger Koerber Auctions in Southfield, Mich.

He joined Sotheby Parke Bernet Stamp Auction Co. in 1977 and left in 1980 to lead Steve Ivy Philatelic Auctions Inc., ultimately becoming a partner in Ivy, Shreve and Mader. He left to form Shreves Philatelic Galleries in 1994 and oversaw its sale to Spink and Son Ltd. of London in 2007, becoming president of Spink Shreves Galleries.

Since 2012, Shreve has been a director of Robert A. Siegel Auction Galleries, with responsibility for its international division.

He spearheaded a $1 million fundraising campaign in 2000 to help refurbish the historic Collectors Club townhouse in New York City, and he also served as the development chair for World Stamp Show-NY 2016.

“The National Postal Museum is honored to present this prestigious award to these distinguished individuals,” Elliot Gruber, director of the museum, said.

“This lifetime achievement award recognizes their exceptional service to the international philatelic community, to the benefit of current and future collectors.”

Donald Sundman, chair of the museum’s Council of Philatelists, said: “I am excited that the Smithsonian Institution is honoring these three talented collectors.

“They have shared their profound love of stamps and collecting in different ways, helping people around the world enjoy the great hobby of stamp collecting.”