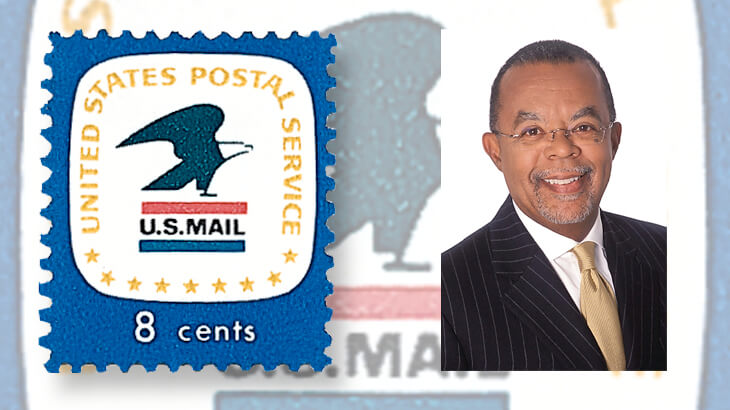 Henry Louis Gates Jr., a professor at Harvard University and a highly respected scholar of African-American history, recently stepped down from the Citizens' Stamp Advisory Committee after serving the maximum 12 years allowed. (Image of Gates courtesy of

“I would have never resigned,” he told Linn’s in a Feb. 1 interview.

Considering all the boards and interests the Harvard professor has pursued, that is quite a tribute to the United States Postal Service’s stamp selection committee, whose roster has now dropped to 11 members.

Postal officials disclosed his departure from the CSAC after Linn’s asked for an updated list of committee members.

With Gates’ departure, the panel, which has had 15 members, has dropped to 11.

The CSAC meets quarterly to advise the postmaster general on what stamps the USPS should issue.

Its deliberations are secret, but Gates told Linn’s the panel has approved all his suggestions for stamps celebrating the contributions of African-Americans to the country.

“I think we have made a contribution to diversity over the years,” Gates said in a telephone interview from his Boston home.

His latest suggestion, the 2017 Black Heritage stamp honoring the late Dorothy Height of Washington, D.C., was issued on the day of the interview.

He said the stamp was quickly pushed into production by the committee, and was one of the three most favorite stamps he promoted on the panel.

The others were the 2016 and 2015 Black Heritage stamps honoring Richard Allen and Robert Robinson Taylor, respectively.

The first honored Bishop Richard Allen (Scott 5056), founder of the African Methodist Episcopal Church, and the second Robert Robinson Taylor (4958), the first formally trained African American architect and a graduate of the Massachusetts Institute of Technology.

Still to come will be a set of stamps honoring individuals who were key players in the Harlem Renaissance, Gates disclosed.

That period, which ran from the 1920s to the middle of the 1930s, was marked by an explosion of cultural and artistic works by blacks in New York City.

In the interview, Gates said he had no idea how stamps were selected when Postmaster General John E. “Jack” Potter asked him to join the CSAC 12 years ago.

But he quickly became a “devoted” member of the panel.

“I took it like an assignment in class,” he said.

Gates would come to the meetings with lists of African-Americans whom he believed deserved to be on a stamp.

“I just analyzed them as a scholar who should be there,” he said.

Gates, 66, a Harvard professor and director of the university’s Hutchins Center for African and African American Research, was not a stamp collector.

But when his first daughter was born in 1980, he had studied African-Americans who had been pictured on U.S. stamps.

He bought some of those stamps, framed them, and placed them in his daughter’s nursery, he said.

His daughter still has those stamps hanging in her home, he said.

And Gates has some framed stamps on the walls of his home, as well.

In his kitchen, he noted, are the six 2009 Civil Rights Pioneers stamps featuring 12 individuals who led the fight for minority rights (pane of six, Scott 4384).

Black History stamps, Gates said, are “important in the classroom.”

“A lot of teachers use these stamps to teach,” he said. “We can always do more to spread the word about black history.”

Gates, who is now in his fourth year of a Public Broadcasting series called Finding Your Roots, noted that he had been depicted on a postage stamp years before he was named to the CSAC.

He was one of six “Great Black Writers of the 20th Century” on a set of Ghana stamps in 1998 (pane of six, Scott 2027). The others were Maya Angelou, Alex Haley, Charles Johnson, Richard Wright, and Toni Cade Bambara.

“I did my best to listen,” Gates said of his attendance at committee meetings, “I always learned something new at the meetings.”

“I’m going to miss my colleagues on the committee,” he said.

“Skip Gates’ contributions to our Citizens’ Stamp Advisory Committee as a noted author and historian have enhanced our diverse stamp program that continues to remain second to none,” said Janet Klug, chair of the CSAC. “We will truly miss him.”