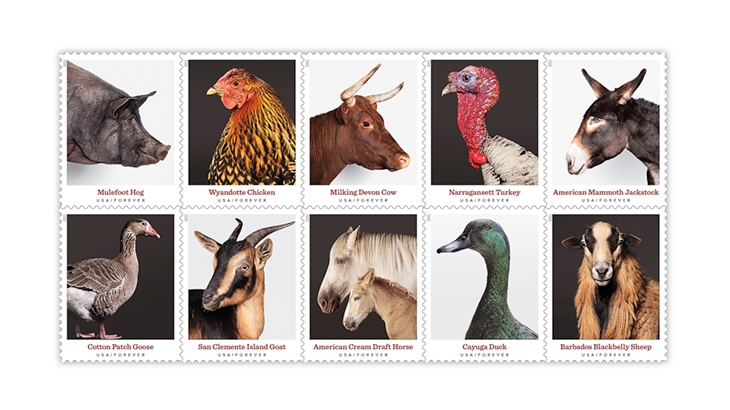 The 10 nondenominated (55¢) Heritage Breeds stamps issued May 17 are among a handful of recent United States stamps to receive Scott catalog numbers.

All of the numbers will appear in the Scott New Listings Update section of the July 19 Linn’s Stamp News. For further information, contact Martin J. Frankevicz.