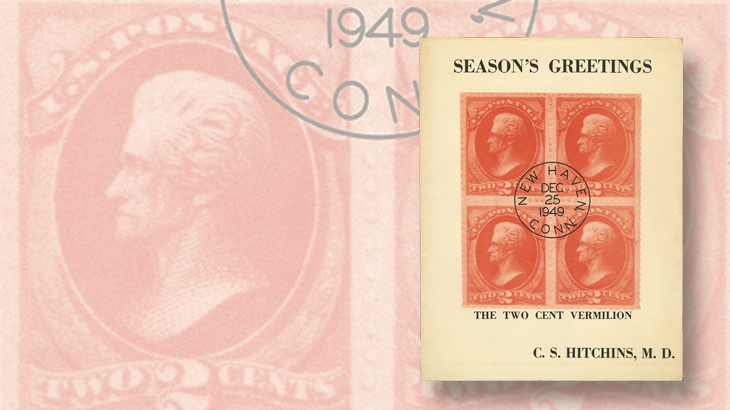 The mystery is solved. Dr. Hitchins, who sent this philatelic Christmas greeting card in 1949, was a prominent member of the New Haven Philatelic Society.

Buchanan wrote: “C. Stanley Hitchins, M.D., was a prominent member, and former president of the NHPS during the 1930s and 1940s. As recognition for his long and valuable service to the Society, an annual members’ competition, ‘The Hitchins Memorial Competition’, was named in his honor.

“Participation consists of a philatelic display limited to four pages with no associated verbal presentation. There is a prize for the winner which is chosen by a popular vote of those members present.”

I’m glad that Dr. Hitchins is remembered for his service. And I’m glad we can remember him here for his philatelic Christmas greeting card.