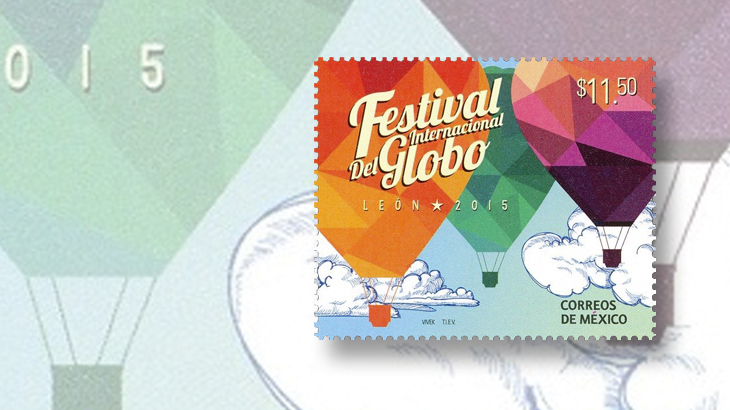 A stamp from Mexico promotes the Leon International Balloon Festival, an annual event since 2002. 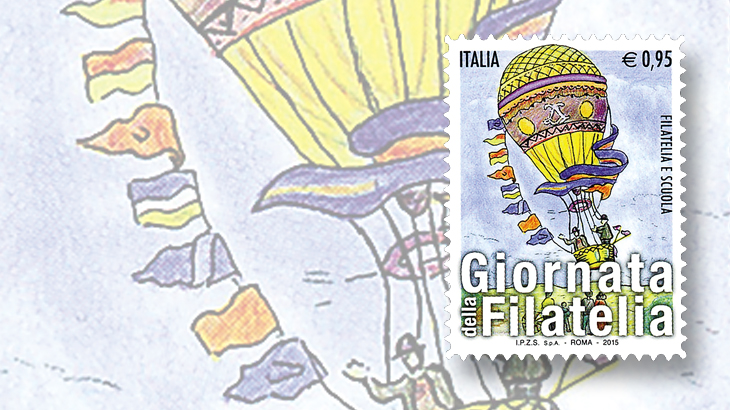 Hot air balloons are featured in the design of a stamp from Italy promoting stamp collecting in schools. 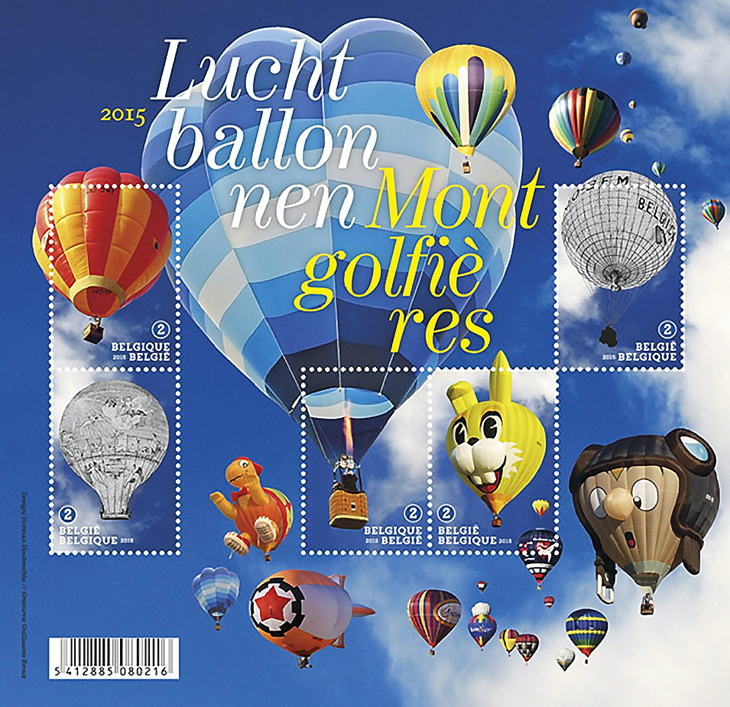 Historic and contemporary balloons are pictured together on a pane of five nondenominated stamps issued by Belgium in September.
Previous
Next

The €0.95 stamp from Italy promotes stamp collecting in schools. The design shows bystanders watching as a balloon lifts off. Flags are attached to the rope and basket.

This stamp is one of three issued by Poste Italiane Oct. 24 for Philately Day. The other two commemorate the 175th anniversary of the world’s first postage stamp, the Penny Black issued by Great Britain in 1840; and philately in prisons.

The former stamp features a stamp-on-stamp design of the Penny Black, and the latter shows a bird sitting on top of a stone wall. A bottle and farming tools are propped against the wall.

The Italian State Polygraphic Institute printed the stamps by offset in sheets of 40.

A pane of five stamps from Belgium combines historic and modern hot air balloons in a composite design, set against a blue sky.

Belgium’s Bpost issued this pane Sept. 7. The stamps are nondenominated. The “2” inside of a circle indicates that the stamps pay the basic rate for domestic letters weighing up to 100 grams.

Two stamps in the pane emphasize Belgium’s connections to the history of hot air ballooning.

The stamp in the lower left shows the balloon Le Flesselles. In January 1784, Charles-Joseph, the seventh prince de Ligne (1735-1814), made an ascent over Lyons, France, in this balloon piloted by two pioneers in the field, Joseph Montgolfier and Jean-Francois Pilatre de Roziers. Despite a tear in the balloon fabric and a fire, there were no casualties.

The other stamps in the pane show Easy, a 1973 balloon made in Belgium (upper left); the basket of a balloon (center); and a 2005 balloon called Funny Bunny (lower right). Additional balloons are pictured in the selvage.

The festival began in 2002 and is already one of the top three balloon events in the world, according to the event’s website.