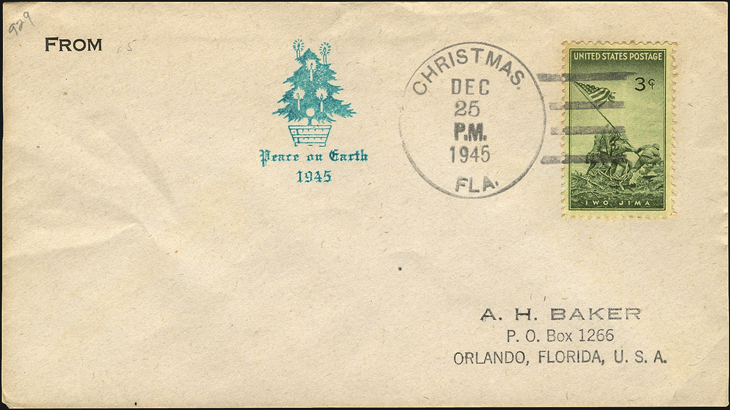 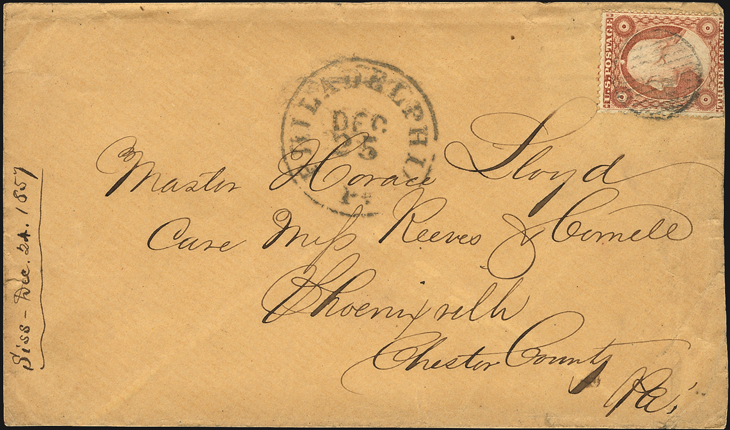 This 1857 cover bears a Christmas Day postmark from Philadelphia and a perforated 3¢ Washington stamp. How could this be when Dec. 25 is a federal holiday?
Previous
Next

The 1857 and 1945 Christmas Day covers shown nearby bring up an interesting question: How could they be canceled on Dec. 25, a federal holiday?

However, this legislation only applied to the District of Columbia, where there were about 5,300 federal employees; there were 50,600 in the rest of the nation.

In 1885, Congress extended coverage to all federal employees. However, postal employees appear to have been exempted, or some provision compelled postal facilities to continue to be functional.

Legislation dated July 28, 1916, allowed for compensatory time off when postal employees were required to work on federal holidays.

On Feb. 28, 1919, legislation was passed making Christmas Day a postal holiday. This did not mean that postmasters could not exercise discretion. And, of course, it is possible that Dec. 25 cancellations were applied on covers, such as the 1945 example shown here, on either the day before or the day after Christmas.

The 1857 cover bears a postmark from Philadelphia and a perforated 3¢ Washington stamp.

A real challenge would be to find Dec. 25 cancellations for even a majority of the years since American independence.