Ideas for stamps to celebrate America’s 250th anniversary in 2026 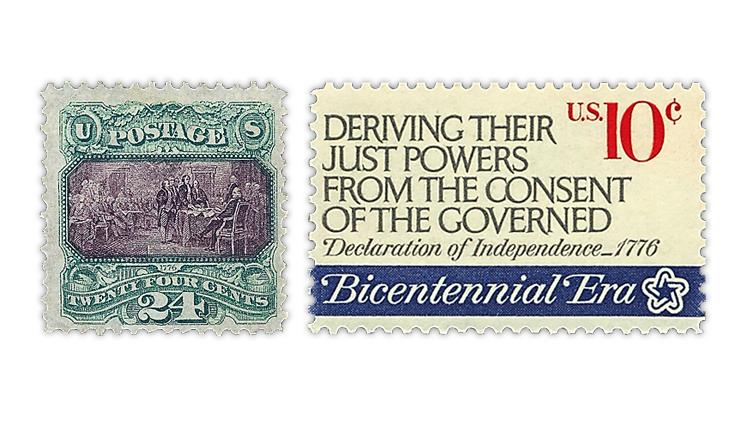 Figure 1. The first United States stamp to honor the Declaration of Independence was issued in 1869. Among the other stamps commemorating the declaration is the 1974 10¢ stamp that includes a brief quote from the document. 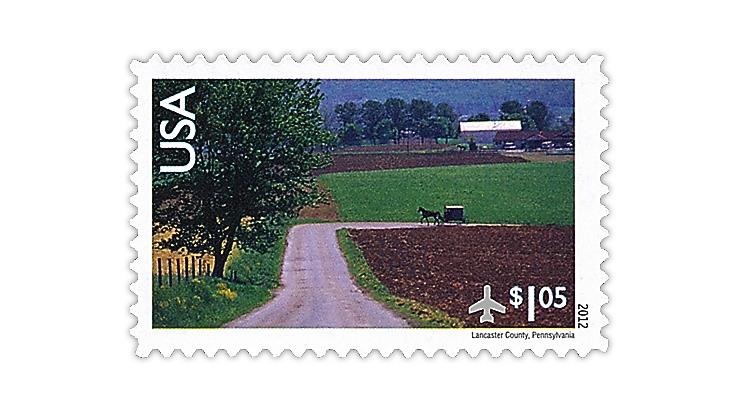 Figure 2. Among the scenes of Americana displayed on U.S. stamps is the photograph of an Amish horse and buggy in Lancaster County, Pa., on the $1.05 airmail stamp issued in 2012. 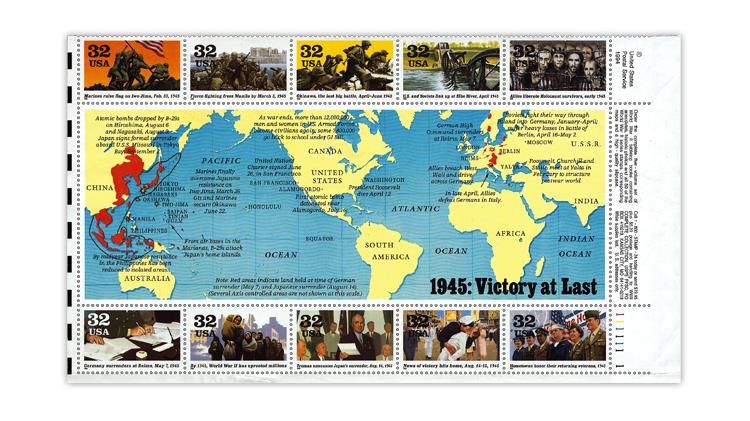 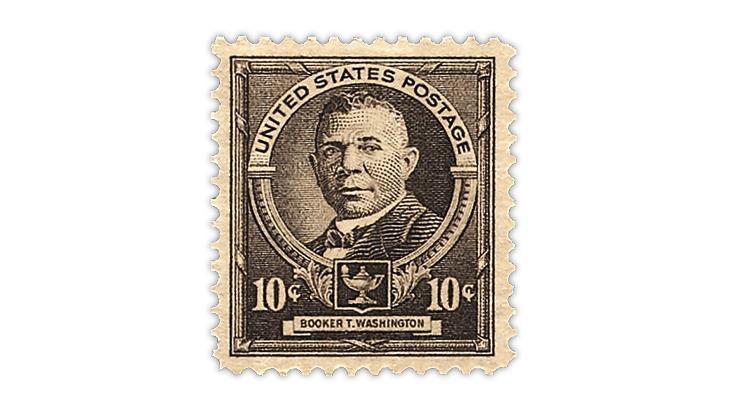 Figure 4. The 35 stamps in the 1940 Famous Americans series honored individuals in seven categories, including Booker T. Washington in the educators’ category. 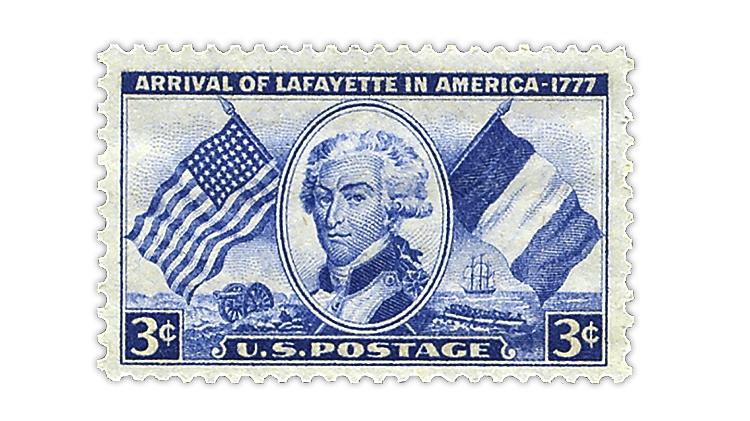 Figure 5. The Marquis de Lafayette left France in 1777 to come to America to serve in the Continental Army. The 1952 3¢ stamp marking the 175th anniversary of his arrival includes images of the flags of the United States and France.
Previous
Next

Several months ago (Linn’s, July 6, 2020), I invited Linn’s readers to suggest stamp ideas and concepts for the celebration of America’s 250th birthday in 2026.

I received about a dozen responses, and I am sharing a few of them here.

Robert Rukrigl of Maryland suggested a global forever stamp with the Declaration of Independence pictured in the center. For the text of the declaration to be readable, the image would have to be rather large, so such a stamp is probably not practical.

However the Declaration of Independence could be the basis for a souvenir sheet, although the times in which we live make the fact that many of the signers were slave owners problematic.

Several previous United States stamps have honored the signing of the Declaration of Independence, starting with the 1869 24¢ stamp (Scott 120). A partial line of text, “Deriving their just powers from the consent of the governed,” was even included on a 10¢ stamp (1545) issued July 4, 1974, in a Bicentennial issue commemorating the First Continental Congress. Figure 1 shows the two stamps.

My former colleague on the Citizens’ Stamp Advisory Committee, Cary Brick, now an emeritus member like myself, commented that he would like to see a collection of Americana celebrating items distinctive to today’s America and life in the country’s early years.

Although some of the items he mentioned have been on stamps before, he feels that “this is a celebration of 250 years past so repetition should not be an issue.” For example one of his ideas was to show an Amish buggy, one of which is pictured on the 2012 $1.05 airmail stamp (Scott C150) in Figure 2. Part of the Scenic American Landscape series, this stamp features a photograph of a buggy in Lancaster County, Pa.

Andy Becker proposed stamps that celebrate American inventions, such as the development of electricity, the telephone, the computer, and atomic, solar and wind power — America’s contributions to the advancements in labor-saving and communications. Included would be an American Revolution minuteman next to an Apollo rocket with the inscription “From Minutemen to Moonmen.”

R.H. Joy of Oxford, Conn., recommended the panes of stamps in the U.S. Postal Service’s 1991-95 World War II series as a good model for the 2026 celebration stamps. Figure 3 shows the 1995 pane of 10 (Scott 2981) from that series. Joy envisioned the 2026 issues with maps illustrating how the United States began and expanded westward and showing dates of important land acquisitions, military engagements, and small pictures of people who were important to the explorations and the growth of the nation.

The updated Famous American series would not only honor additional people in those categories but would be augmented with laborers of various origins, freedom fighters, jurists, athletes, philanthropists and more.

Sid Morginstin of Bordentown, N.J., suggested a limited issue $50 booklet with the best known of our Founding Fathers on dollar value stamps for Express Mail, Priority Mail and other higher value services, or just for mailing heavy packages.

Stewart Lyons of Woodmere, N.Y., proposed a series of 13 souvenir sheets. Each sheet would commemorate one of the original 13 colonies, with important dates and two to four stamps depicting people, places and events that represent that colony’s fight for freedom up to the point where the Constitution was ratified.

All of these men have been pictured on previous U.S. stamps. Figure 5 shows the 1952 3¢ stamp commemorating the 175th anniversary of the arrival of Lafayette in America (Scott 1010). In addition to a portrait of Lafayette, this stamp depicts the flags of the United States and France.

The proposed stamps could also be the vehicle for joint issues with other nations. With this suggestion Harvey introduces the concept of foreign countries issuing stamps and other philatelic memorabilia to honor America’s 250th birthday.

I would add that whatever the U.S. Postal Service does, its stamp issues should stand out for their creativeness, attractiveness and the gravity of the subject matter.

What I would like to see are rolls of coil stamps that picture a progression of great American men and women in repeating strips of 50. The stamps would be valued at the rates for nonprofit organizations and presorted mail so that they would be used on mail that the public receives and sees.

Too many U.S. commemoratives and even some definitive stamps are never seen by the vast majority of the American public.

Linn’s readers with additional ideas are welcome to write in, and perhaps I will present those ideas in a future column. The USPS and the Citizens’ Stamp Advisory Committee will be considering this subject before too long. This is your chance to influence what they might wish to do.