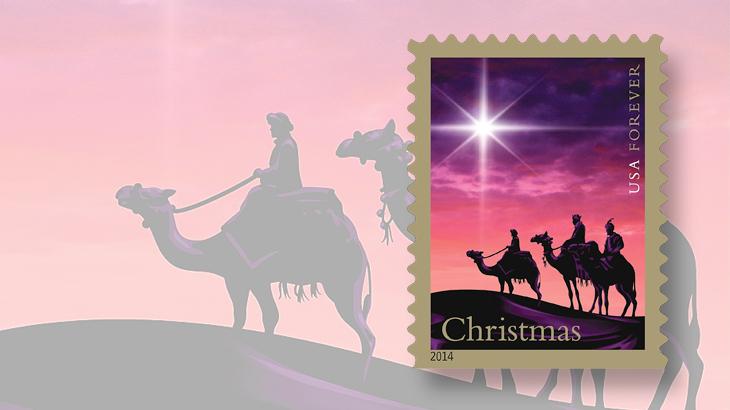 As Linn’s associate editor Michael Baadke has reported, the United States Postal Service will not issue a religious-themed stamp for the 2015 holiday season.

This issue was brought to the forefront in the national press when the online conservative news and opinion site the Daily Caller published the article “Is the Postal Service Declaring War On Religion?” by reporter Rick Pollock.

Pollock stated that “for the first time in decades the U.S. Postal Service won’t issue a new stamp depicting any Christian religious figure or symbol. …”

In response, USPS senior public relations representative for stamps Mark Saunders sent an e-mail Sept. 10 to Tucker Carlson, the founder and editor-in-chief of the Daily Caller stating, “The Postal Service has a long standing history of celebrating the religions of the world on postage stamps.”

As Baadke reports, the Postal Service currently has supplies of three different traditional Christmas stamps showing religious scenes in stock and available for purchase in standard formats: the 2011 Madonna of the Candelabra Christmas forever stamp (Scott 4570), the 2013 Virgin and Child by Gossaert forever stamp (4815), and the 2013 Holy Family forever stamp (4813).

As one who uses religious-themed stamps on my Christmas cards each year, I appreciate the beauty of the Madonna and Child stamps and other traditional Christmas stamps issued by the USPS. They allow me the opportunity to share important works of art with my family and friends during the holiday season.

With the introduction of forever stamps and the decline in the number of Christmas cards I personally send each year, I find that I have more than enough unused Madonna and Child stamps to allow me to go a year or even two without the need to purchase religious-themed stamps for use on mail. I suspect I’m not alone.

It is a stretch to accuse the USPS of “declaring war on religion” because postal officials made a decision to skip a year without issuing religious-oriented Christmas, Hanukkah, Kwanzaa and Eid stamps.

As Baadke accurately points out in his report, “The most recent year when Christmas came and went without a new holiday stamp reflecting a religious theme was 2005.”

I will take Saunders at his word that this is a business decision and not a politically motivated attack on religion.

For Christmas 2015, I vow to further reduce my supply of traditional Christmas stamps and to bring smiles to the faces of both young and old by using my share of the new A Charlie Brown Christmas stamps.

Please comment below or on Linn’s Facebook page about how you feel about the Postal Service’s decision not to issue a religious-themed stamp this year.