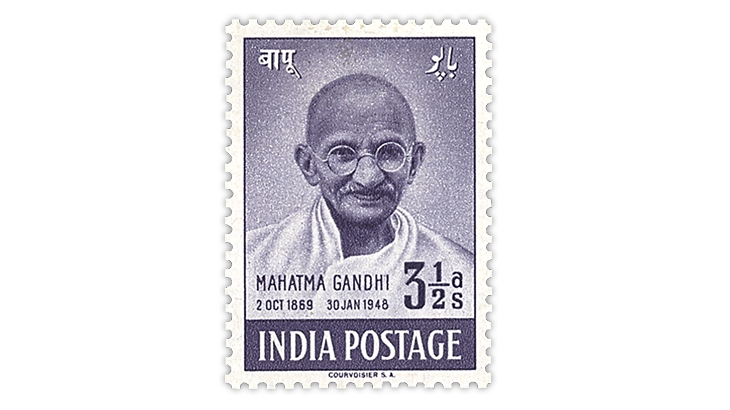 Since abandoning the socialist economic policies in place from independence in 1947 until 1991, India’s economy has thrived.

It is now the world’s fifth largest economy by GDP (gross domestic product) and the third largest by purchasing power. Also, it has surpassed China as the world’s fastest growing economy. This economic health has been reflected in the market for India’s stamps.

However, while this market is still strong, the fires of speculation have dampened. A bellwether issue for the market is the 1948 Mahatma Gandhi set of four stamps (Scott 203-206).

The 2020 Scott Standard Postage Stamp Catalogue values the set in mint never-hinged condition at $407.50 and at $117.50 in used condition.

With the cooling of the speculative market, this set is now selling for around $150 to $200. Sets in unused hinged condition are selling for 25 percent or less of Scott catalog value.

Demand for first-day covers of this set remains strong, as it is for other post-independence sets up through about 1955.

A complete set with well-struck bull’s-eye cancellations is a good buy in the $90-to-$100 price range.