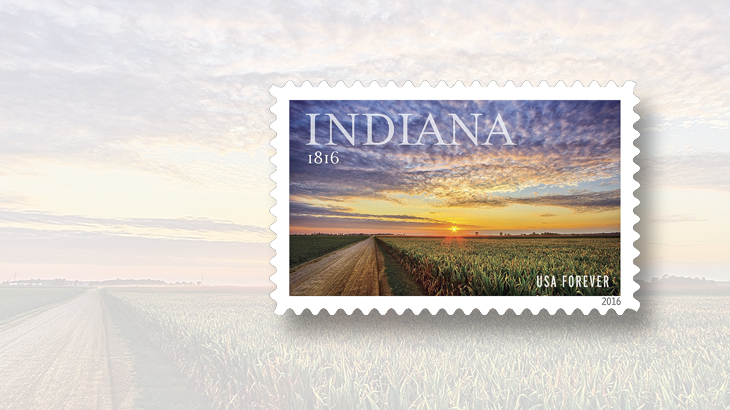 A forever stamp commemorating the Indiana statehood bicentennial will be issued June 7 in Indianapolis.

The first-day ceremony is scheduled to take place at 10 a.m., according to the United States Postal Service.

The stamp marks the 200th anniversary of Indiana Statehood. On Dec. 11, 1816, Indiana became the 19th state accepted into the Union.

A report last December by Ryan Reynolds for the Evansville Courier and Press explained that the stamp design shows a photograph by Michael Matti of a northern Indiana cornfield at sunset. The photograph was taken on a dirt road just off Indiana State Road 15 in Kosciusko County.

Matti was born in Indonesia and later moved to Indiana before attending Indiana Wesleyan University, according to his website. Reynolds reports that Matti took the photograph while returning home from college to visit friends.