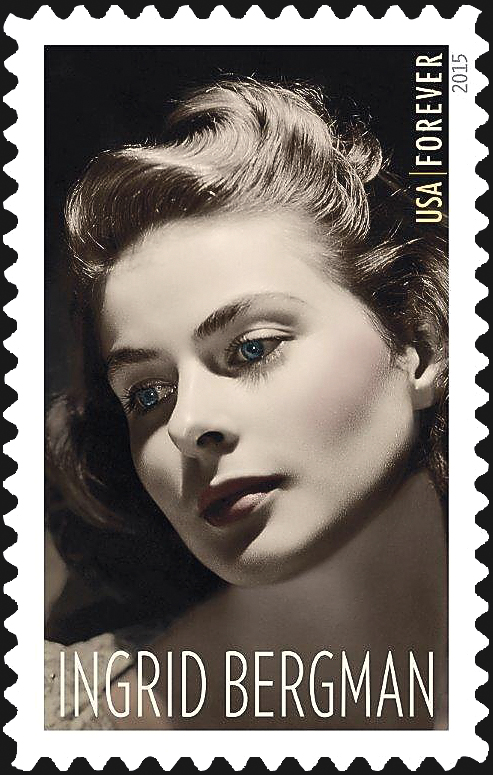 The 19th Legends of Hollywood stamp, to be issued Aug. 20, will feature actress Ingrid Bergman. The stamp is to be a joint issue with Sweden, where Bergman was born in 1915. 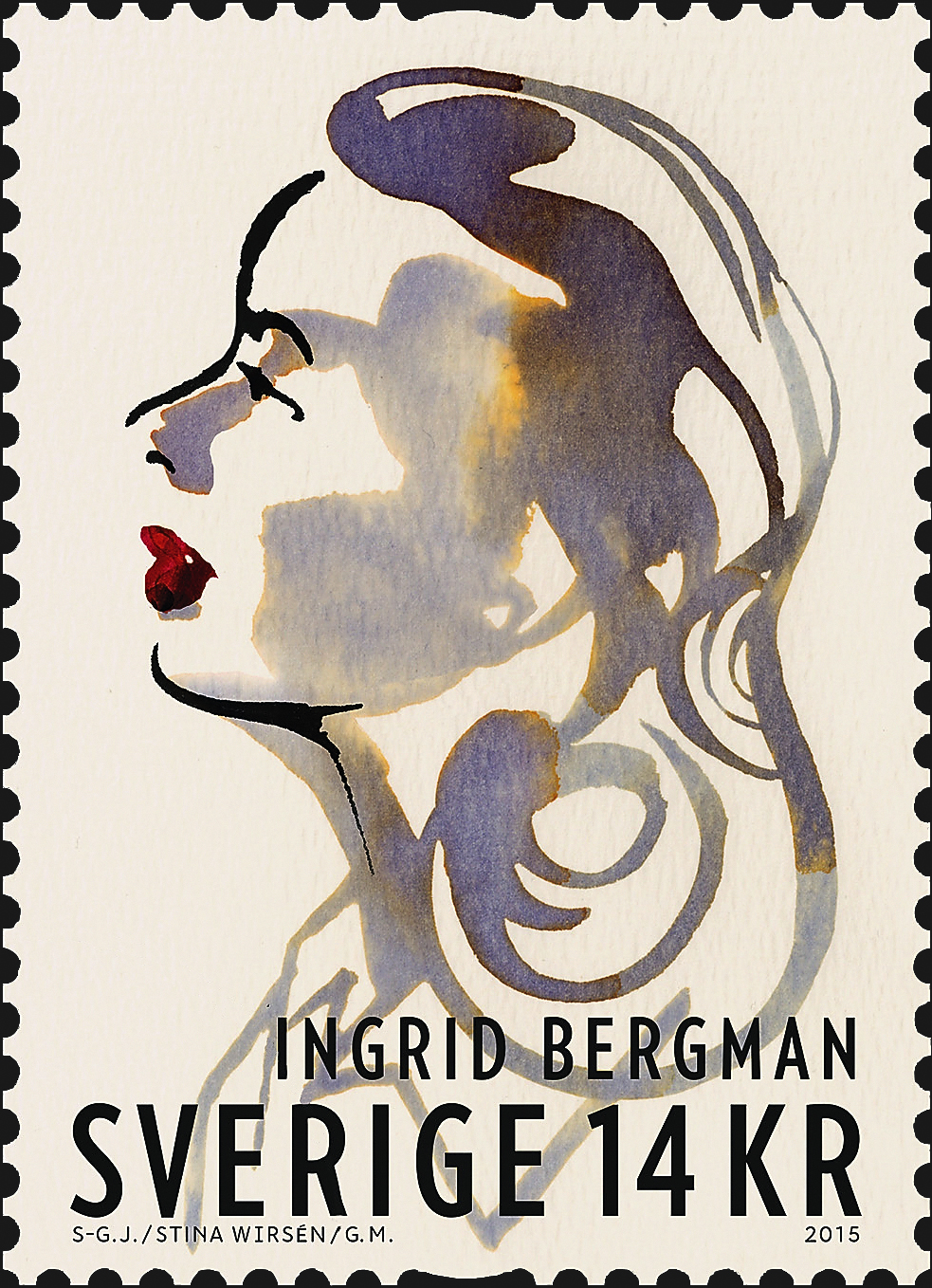 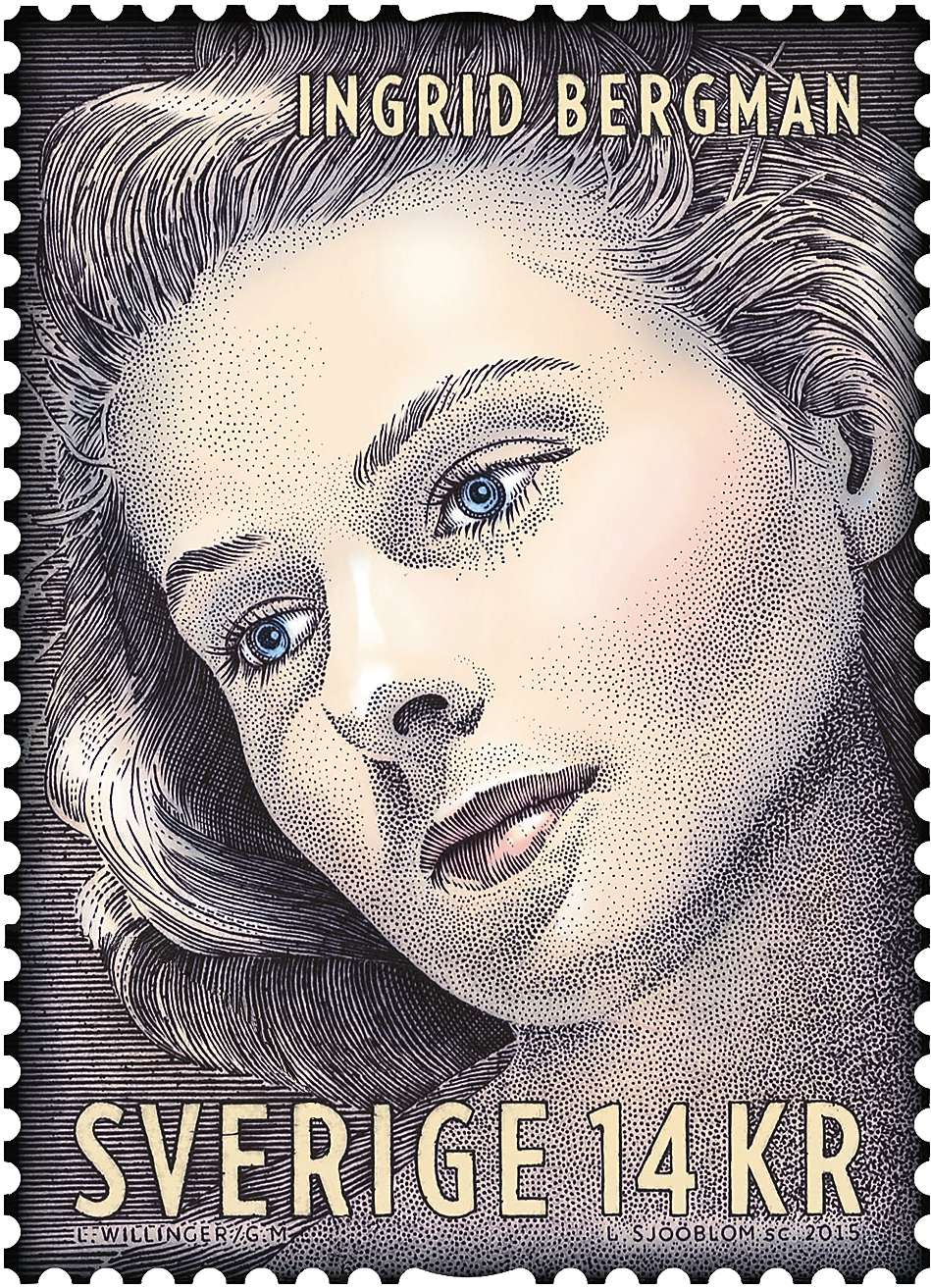 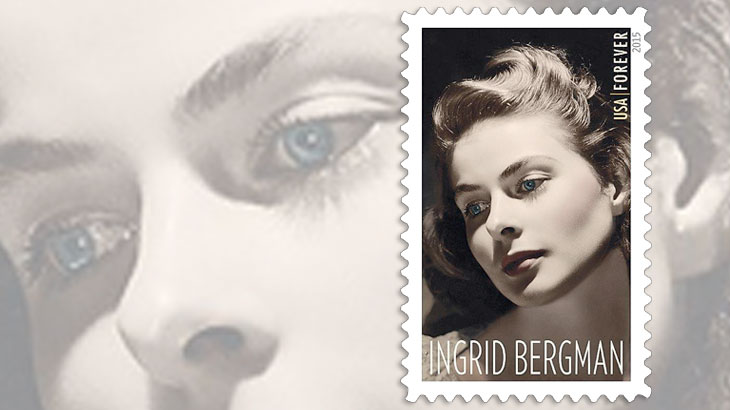 The United States Postal Service announced June 25 that award-winning actress Ingrid Bergman will be honored on the 19th stamp in the Legends of Hollywood series.

The stamp will be issued jointly by the Postal Service and PostNord of Sweden and go on sale Aug. 20. Special ceremonies will be held later.

The stamp art features a circa 1940 image of Bergman taken by Laszlo Willinger, known for his portraits of celebrities. Artist Kristen Monthei digitally colorized the image. Monthei also colorized the selvage photograph, a still of Bergman from the film Casablanca. Art director Ethel Kessler designed the stamp pane.

Two stamps from Sweden also will be issued Aug. 20 in honor of Bergman. PostNord provided details about the stamps in a June 26 press release:

“The stamps are designed by Gustav Martensson. Based on an original portrait photograph by Laszlo Willinger/Heritage/TT and a watercolour by Stina Wirsen based on photographs by Sven-Gosta Johansson/TT. Lars Sjooblom engraved the Willinger portrait.

“Printing was a combination of steel printing and offset (Willinger) and offset (Wirsen). The stamps come in rolls of 100 in two designs.”

Bergman lit up the silver screen for decades, starring in a variety of European and American films. She won three Academy Awards, two Emmy Awards, and the Tony Award for best actress.

She is best remembered for her timeless portrayals of Ilsa Lund in Casablanca (1942); Paula Alquist in Gaslight (1944); Anna Koreff in Anastasia (1956); and Alicia Huberman in Notorious (1946).

Bergman joins Marilyn Monroe, Humphrey Bogart, Alfred Hitchcock, John Wayne, Judy Garland, Audrey Hepburn and Bette Davis, among many others, with a Legends of Hollywood stamp in her honor.