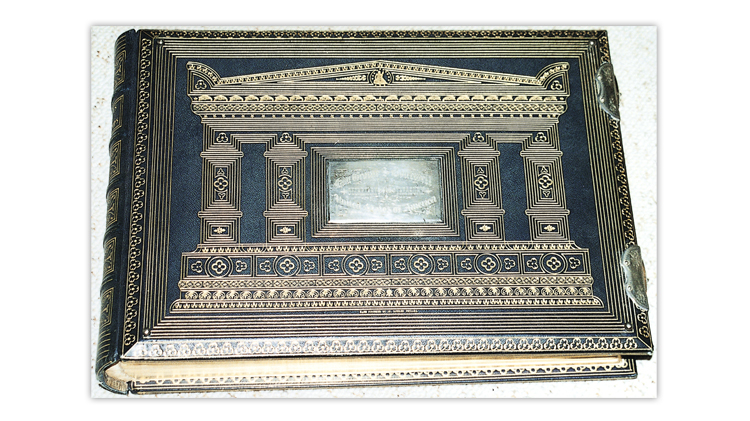 In Essays and Proofs in the May 25 issue of Linn’s, James E. Lee begins a three-part series devoted to the collections of Falk Finkelburg. Lee and Finkelburg corresponded for more than 20 years.

The May 25 issue of Linn’s Stamp News just landed on the presses and goes in the mail to subscribers Monday, May 11. And if you subscribe to Linn’s digital edition, you’re at the head of the line with early access Saturday, May 9. While you wait for your issue to arrive your mailbox, enjoy these three glimpses of exclusive content available only to subscribers.

Celebrating the essay and proof collections of Falk Finkelburg

Falk Finkelburg was one of the great collectors and exhibitors of United States essays and proofs. James E. Lee, in Essays and Proofs, launches the first of a three-part exploration of the myriad important items that are attributed to Finkelburg, including “many important original source documents that either originated with the Bank Note companies or early philatelic writers,” explains Lee. Be sure to look for the second and third columns because Lee will provide information on how to access these archives. In 1998, the first item from Finkelburg’s collections appeared at auction: the intact 1874 Boutwell Presentation Album of United States Proofs.

Learn about Belarus by collecting its stamps

Belarus, located in northeastern Europe, issue its first stamp on March 20, 1992. “That first issue was a 1-ruble stamp honoring the cross of St. Euphrosyne of Polotsk,” writes Rick Miller in Stamps of Eastern Europe. As Miller explains, the cross of St. Euphrosyne of Polotsk looms large in the history of Belarus. First presented in 1161, the cross went missing following Nazi Germany’s 1941 invasion of Belarus and has not been seen since. Miller rounds out his discussion with a short biography of the country’s president, Alexander Grigoryevich Lukashenko. The entire column is an engaging read.

In each weekly issue of Linn’s, either E. Rawolik VI or E. Rawolik VII dissects the contents of a stamp mixture offered to collectors. E. Rawolik is a pseudonym that is also the word “kiloware” (a stamp mixture) spelled backward. This week, E. Rawolik VI takes on an assortment of worldwide stamps from a dealer in Indiana. He finds much to his liking in the reviewed sample of 53 stamps from 19 countries. Among other findings, Rawolik VI was pleased that “75 percent of the stamps in the sample were from 2000 to 2017.” Read the entire column to learn which country served up the stamp with the highest Scott catalog value.

Inside Linn’s: Flora and Fauna $2 Bobcat saw regular use on mail