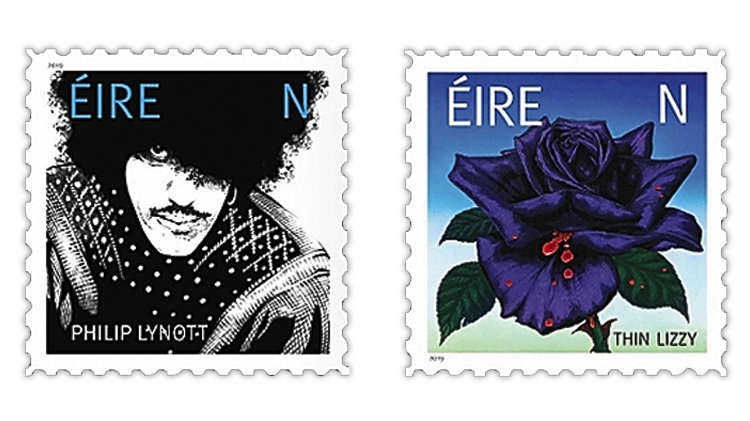 In announcing the stamps, An Post said: “One of the greatest bands to come out of Ireland, Thin Lizzy remain giants of Irish rock, decades after they first came together in 1969.”

One of the Thin Lizzy stamps depicts the band’s front man and founding member Phil Lynott (1949-86). It is his second appearance on an Irish stamp; he previously was honored in the 2002 Irish Rock Musicians set (Scott 1437, 1441).

The other new stamp depicts Jim Fitzpatrick’s artwork for the cover of the band’s 1979 album Black Rose.

Steve Averill designed the stamps. Cartor Security Printing printed them by offset lithography. The stamps are se-tenant (side-by-side) in a souvenir sheet and in panes of 16 (eight of each design).