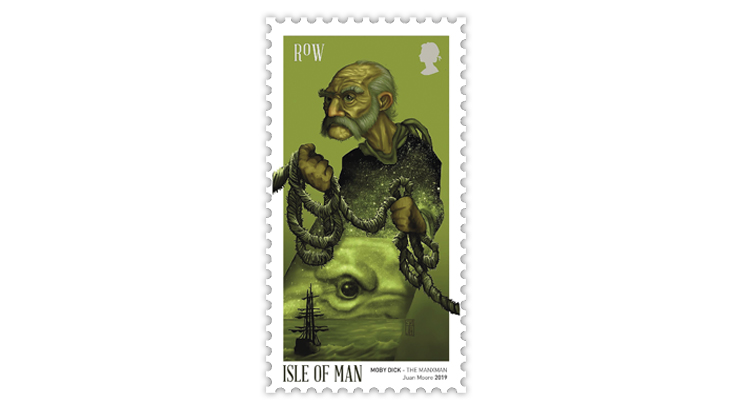 The Manxman, a character in the 1851 novel Moby Dick, is pictured on this stamp from the Isle of Man, issued July 22 in a set of six to commemorate the 200th birth anniversary of Herman Melville. 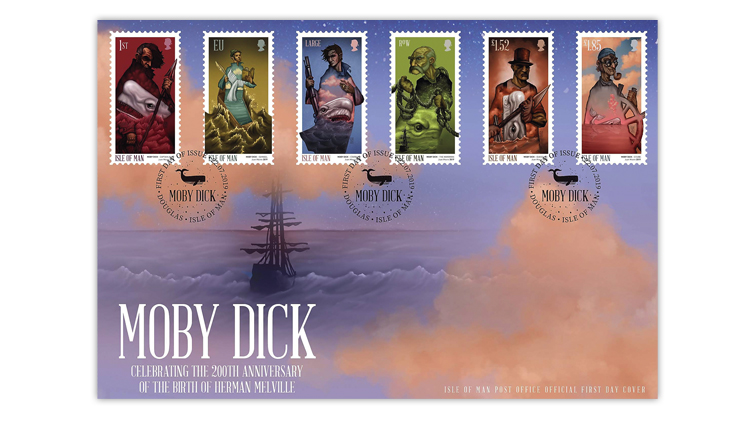 The Isle of Man Post Office’s first-day cover for its Herman Melville issue is franked with all six commemorative stamps. The first-day cancel shows the whale Moby Dick, and the cachet depicts the whaling ship Pequod. 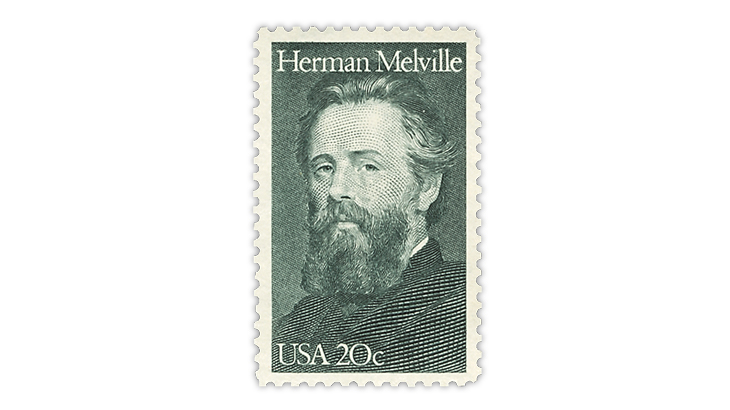 Manx-born artist Juan Moore created illustrations of six characters from Moby Dick for the new stamps. All are crew members of the fictional whaling ship Pequod.

The character called the Manxman is portrayed on a nondenominated international-rate stamp inscribed “RoW” (rest of the world).

In the press release announcing the stamps, the Isle of Man Post office said: “If you’ve not read Moby Dick, the chances are you will not know of its Isle of Man connection … a character called The Manxman. He is the oldest crew member and is described as ‘sepulchral.’ Melville paints him as something of a mystic, a man who has ‘studied signs’ and who Ishmael says has ‘preternatural powers of discernment.’ Most sailors are superstitious folk and The Manxman’s role is to wax lyrical on the omens, good and bad, facing the crew of the Pequod.”