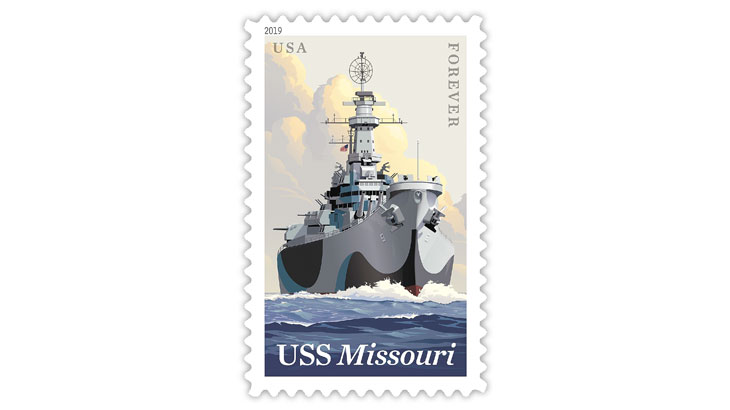 The Wild and Scenic Rivers pane of 16 stamps will be issued May 21 in Bend, Ore.

Each stamp in the set shows a photograph of a different river segment that has been designated within the Wild and Scenic Rivers System.

The 10-stamp set honoring abstract artist Ellsworth Kelly will be issued May 31 in Spencertown, N.Y., where Kelly lived and worked up until his death in 2015.

The Ellsworth Kelly stamps will be issued in a pane of 20.

A commemorative forever stamp marking the 75th anniversary of the commissioning of the USS Missouri (BB-63) will be issued June 11 in Honolulu, Hawaii.

The battleship was the site of the formal surrender of Japan in 1945, marking the end of World War II.

The Postal Service also announced that the Tyrannosaurus Rex stamps unveiled March 12 will be issued June 28 in Washington, D.C.