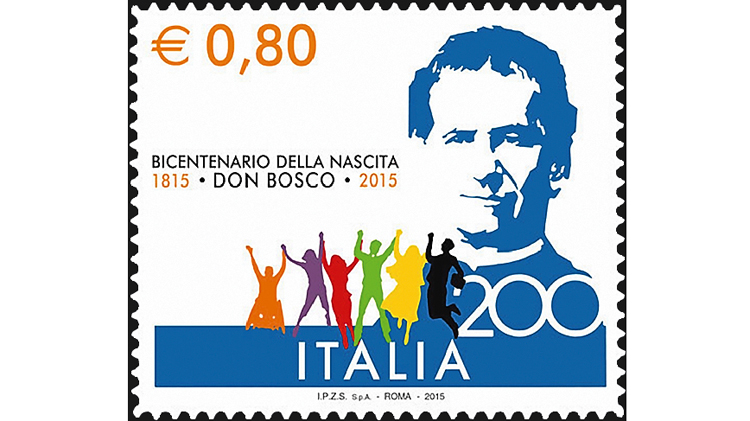 The 200th birth anniversary of St. John Bosco is remembered on a May 19 joint issue between Italy and Vatican City. 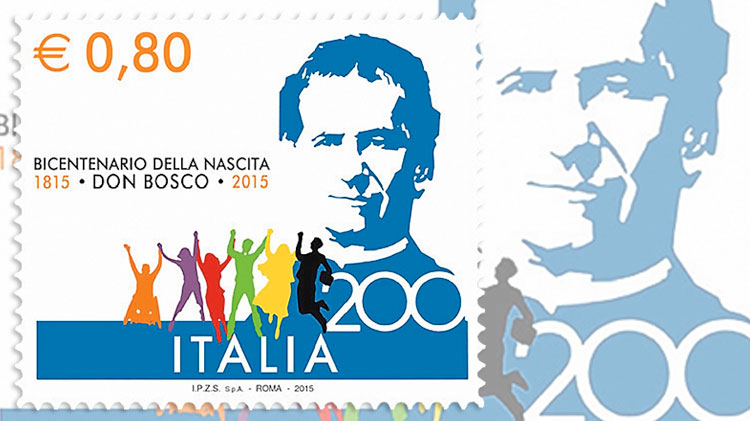 A May 19 joint issue from Italy and Vatican City celebrates the 200th birth anniversary of John Bosco, also known as Don Bosco.

The new-issue announcement from Vatican City summed up his life: “He is remembered for his great commitment, care and compassion shown to young people, especially the poorest and those with difficulties.’’

The two stamps, each with a denomination of 0.80 euros, show the same design featuring a portrait of Bosco in blue and white and a group of symbolic young people cheering.

The Italian State Polygraphic Institute printed the Italy stamp in sheets of 28. The Vatican City stamp was printed by Cartor in a pane of six. Shown in the selvage is the Basilica of John Basco in his home town.