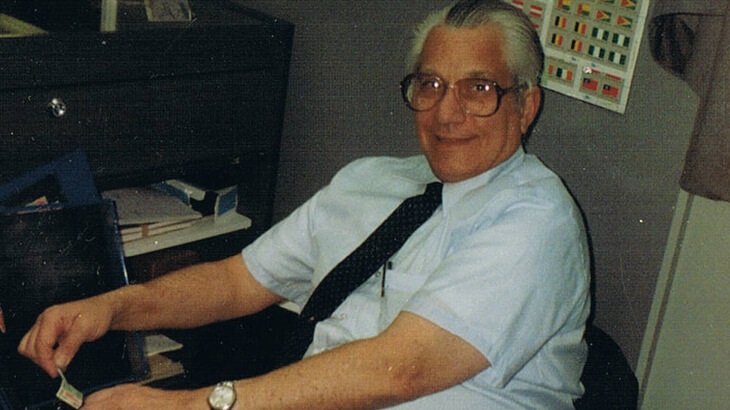 A giant in the stamp community, Jacques C. Schiff is now a member of the EFOCC Hall of Fame. Schiff, a regular on the show scene, is responsible for putting error-type postage into the mainstream of philatelics.

The following is a press release from EFO Collectors' Club:

The Errors, Freaks and Oddities Collectors’ Club (EFOCC) is proud to announce the selection of retired auctioneer Jacques C. Schiff, Jr. of Hackensack, New Jersey, as the newest member of the EFOCC Hall of Fame.

Schiff was a pioneer in the realm of EFO philately; featuring this collecting area in his auctions since he began in the business in the 1960s. Over 50 years, his nearly 340 auction catalogs are a virtual chronicle of what exists in U.S. EFOs. In addition, he wrote long-running columns on EFOs in the philatelic press, and was a frequent visitor to the security printing plants that produced U.S. stamps to assure that he knew the cause of errors and that they were genuine.

His firm made a specialty of bringing newly discovered errors to market, getting them certified, and making sure that, when justified, they got catalog listings.

The $1 Candleholder “CIA” Invert is a good example.

He was and remains a scholar in printing technology, and counted among his friends and contacts many principals in the Bureau of Engraving and Printing, and the late George Brett. He served as a mentor to Steven Datz, John Hotchner, and Jim Kloetzel, among others, and he continues in retirement to be a consultant for the Scott U.S. Specialized Catalogue.

For many years, Schiff was well-known on the show scene as a sometimes retail dealer, but more often a booth-holder to be available to current and potential customers, and as a popular lecturer on how auctions work, and “How to protect yourself from buying doctored stamps.”

In summary, the collectors of EFO material owe a huge debt of gratitude to Jacques Schiff, and the EFOCC is delighted to recognize his contributions by induction into its Hall of Fame.