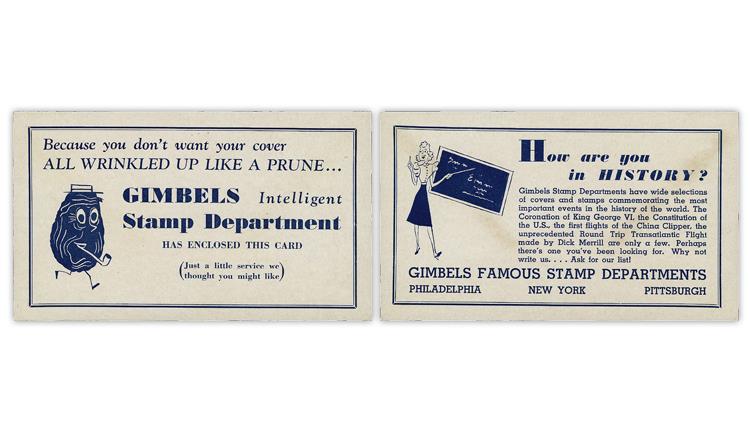 Figure 1. Jacques Minkus created this envelope stuffer (shown front and back) to promote the Gimbels stamp departments, but it also shows how his business tried to help collectors. 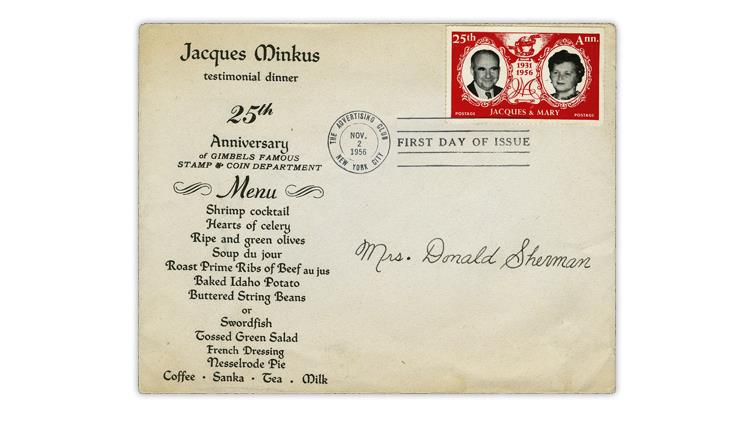 Figure 2. The Gimbels stamp and coin department and its creator Jacques Minkus were celebrated on the department’s 25th anniversary in 1956 by the Advertising Club of New York City.
Previous
Next

My first experience with philatelic retail was courtesy of Jacques Minkus (1901-96), the philatelic entrepreneur who contributed much to stamp collecting being the king of American hobbies in the 1930s through the 1960s.

Among his many credits, he established the stamp department on the first floor of New York City’s Gimbels department store in 1931. This enterprise eventually expanded to 38 other department stores nationwide and put stamp collecting in front of noncollectors in a new way.

In the 1940s, Minkus founded Minkus Publications, which published a popular line of stamp albums, catalogs and a monthly magazine that appealed to people new to the hobby.

An example of his marketing genius is the cover stuffer shown front and back in Figure 1. How could you not feel positive about a company that goes this extra mile?

Mr. Minkus, as I called him, was not some distant corporate executive overseeing his million-dollar empire from the 40th floor of a New York skyscraper. He actually managed the Gimbels stamp department and spent as much time as he could on the floor talking with customers and hearing about their likes and dislikes as a means of informing his business decisions.

He was especially adept at selling stamp collecting as the perfect hobby, with something to offer everybody.

In the words of Marion Hargrove in an Oct. 16, 1954, STAMPS Magazine article, the Minkus message was that the hobby “taught small children to be alive and curious about the world around them. It entertained and relaxed the old and the convalescent. It took the busy man’s mind off his everyday troubles and cares. It made friends for the lonely. It was so full of detail, of ramifications and little bypaths that the more you studied it the more it fascinated you. It was, in short, more fun than any other hobby you could name.”

My connection with Minkus was through my father, Howard Hotchner. The two had met as a result of Minkus’ support of dad’s work with the Voice of America Stamp Club.

My dad and his colleague Hank Miller founded this stamp club to keep VOA’s millions of listeners apprised of U.S. new issues as a basis for programs about American history, values and culture.

When in 1954 my father was transferred by VOA to New Delhi, India, as the VOA liaison with All India Radio, Minkus sent him a telegram with this message: “Terribly sorry I can’t be with you. We will all miss you very much but I am glad that America will be heard through such a warm and sincere human voice as yours.”

He also sent a packet of several thousand worldwide stamps to Dad to keep me occupied while en route to India, aboard a ship crossing the Atlantic.

In a letter dated Jan. 5, 1955, Dad told Minkus of the success of that gesture: “You were right. Johnny (my 11 year old son) did get a little bored on the ship — and the package of stamps saved the day. He found an 11 year old girl who saved stamps — and they had lots of fun trading.”

I remember that I fell in love with the girl (temporarily), but also stamp collecting (forever). And eight years later while at the University of Virginia, I became a salesman during summers and Christmas in the Minkus stamp department of the Woodward & Lothrop department store in Washington, D.C.

There I learned many lessons, but none more important than to listen to the customers. The objective was to help them achieve their goals and to hear their ideas as to how we could do a better job of supporting them.

I was not evaluated solely on my sales totals, but just as important, on what customers told the management about whether I had been service-oriented, helpful and knowledgeable.

I was reminded of this bit of history when I came across the commemorative 1956 cover shown in Figure 2. It was prepared by the Advertising Club of New York City for the 25th anniversary of the opening of “Gimbels Famous Stamp and Coin Department.” The stamplike label on the cover shows Minkus and his wife Mary.

Unfortunately there was no 50th anniversary celebration. The final paragraph of the American Stamp Dealers Association’s American Stamp Dealer Hall of Fame citation for Minkus tells the story: “The power of the company under his name waned as he began to take a back seat in the 1970s — finally selling out in the 1980s. But his mark had been made. The hobby has never had an entrepreneur to top him. Maybe it never will!”

I’m not sure when the stamp and coin department shut down, but Gimbels went out of business in 1987.

The hobby could use a person like Minkus again, a person who thinks big and who with his promotional skills can reach and recruit noncollectors using today’s tools.