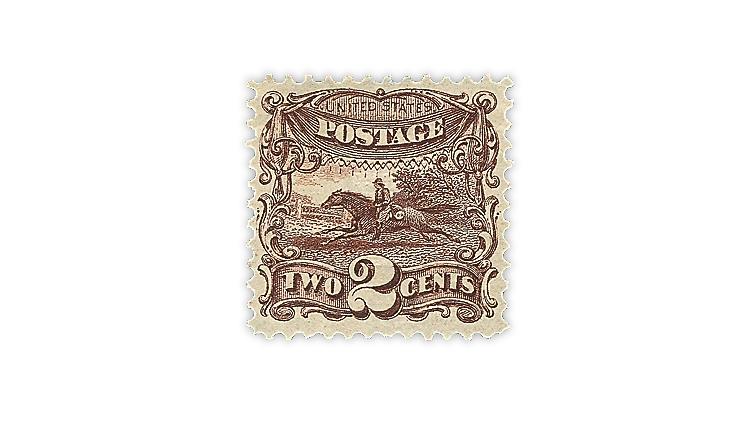 The cartoon caption contest image for January is the 1869 United States 2¢ Post Horse and Rider stamp. Entries must be received by Jan. 28 for a chance to win a prize. 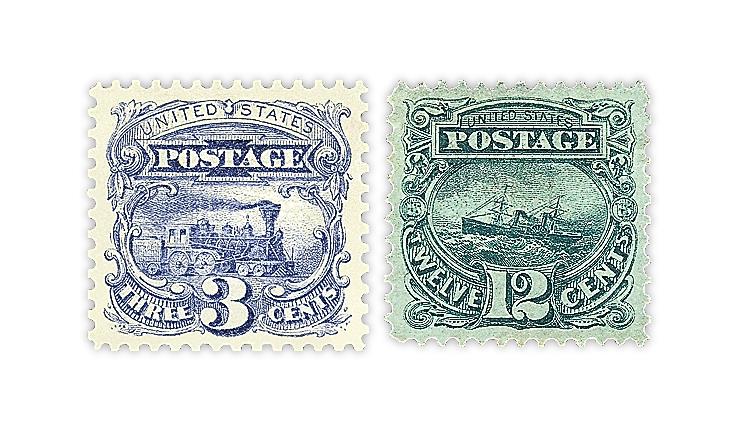 The illustrations on the 3¢ and 12¢ stamps in the United States 1869 Pictorial issue represent the transportation of mail by rail and ship, respectively.
Previous
Next

The cartoon contest stamp for January is the 2¢ denomination of the 1869 Pictorial issue (Scott 113). The Scott catalog describes the design as showing a post horse and rider.

Venerable philatelic writer Lester Brookman noted that this was not a popular design when the stamp was issued.

In the illustration on the 1869 2¢ stamp, the galloping horse emphasizes speed in moving the mail and the rider seems almost like an afterthought. But, your task is to imagine yourself on the horse and reflect on what the rider might be thinking or saying about his station in life, his immortality on the stamp, the politics of the era or today, stamp collecting in general, or whatever else comes to mind.

Entries must reach me no later than Jan. 28.