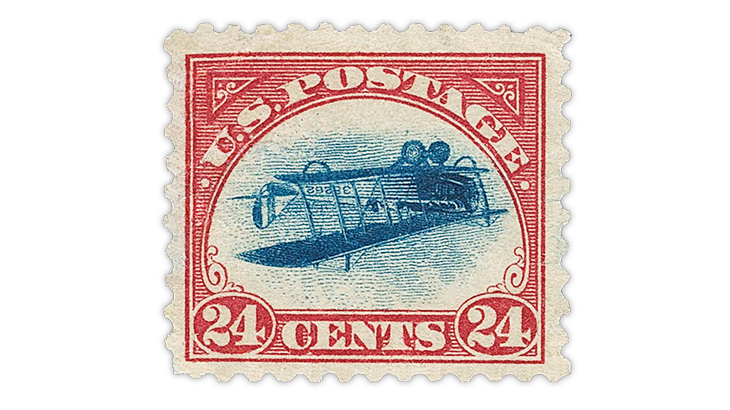 The invert error of the United States 1918 24¢ Curtiss Jenny airmail stamp that survived being sucked into a vacuum cleaner will be up for bids during Robert A. Siegel Auction Galleries’ July 20-21 sale of U.S. stamps. This Jenny Invert stamp was expertly