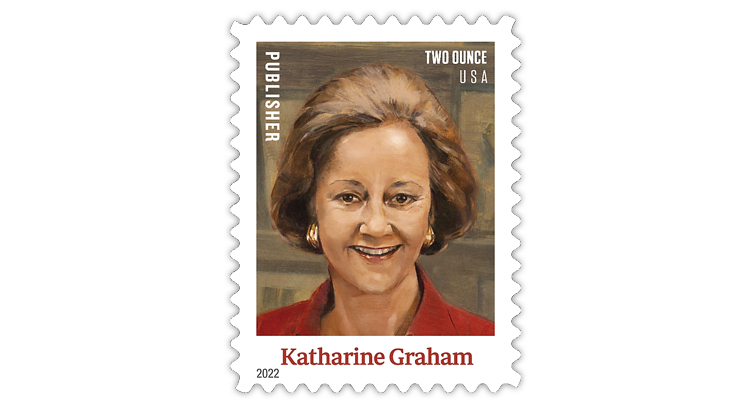 Included in this month’s listings are Scott numbers for the nondenominated (78¢) 2-ounce rate Distinguished Americans commemorative stamp honoring Washington Post publisher Katharine Graham, the $2 and $5 Floral Geometry definitive stamps and the nondenominated (58¢) commemorative stamp honoring first lady Nancy Reagan. Also Scott official are the $25 Redheads federal duck stamps issued in a pane of 20 and a sheet of one.

All of the numbers will appear in the Scott New Listings Update section of the Aug. 15 Linn’s Stamp News. For further information, contact Martin J. Frankevicz.