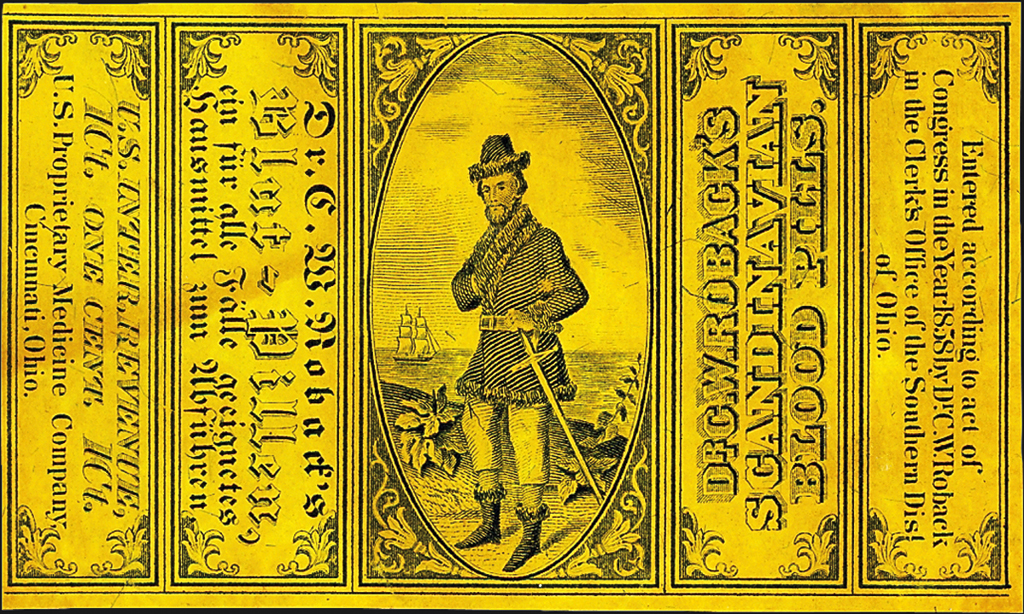 Among the private die match and medicine stamps in the June 30 auction is this rare U.S. 1¢ Proprietary Medicine Co. stamp on silk paper. 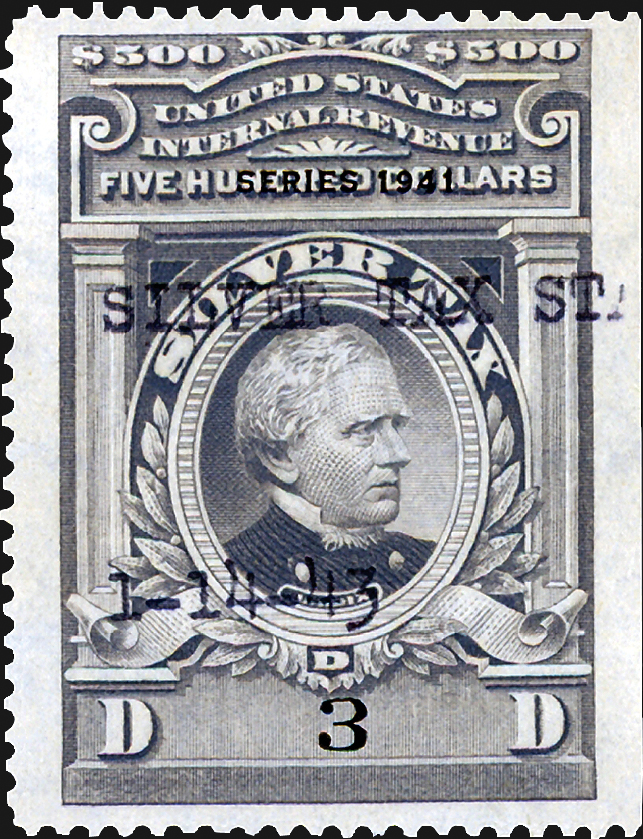 One of just three known to exist, this Series 1941 $500 gray J.A. Dix silver tax stamp will be auctioned June 30 by Kelleher Auction Galleries.
Previous
Next

United States revenue stamps are featured in the June 30 public auction from Daniel F. Kelleher Auctions at its galleries in Danbury, Conn.

The collection comes from the Cincinnati-based Fleischmann family, of Fleischmann’s yeast fame.

The family collection was started by Julius Fleischmann, son of the company founder and one-time mayor of Cincinnati. His grandson Charles Fleischmann III, who died in 2011, expanded on the collection and developed a particular interest in U.S. revenues.

Kelleher notes that the collection was “formed over three generations by one of Cincinnati’s most prominent families,” and is focused on rarity and quality.

An early example of these characteristics is an imperforate 1863 first issue 3¢ green playing cards revenue stamp (Scott R17a), which has a manuscript cancel described as light to almost invisible. The stamp was once the top stamp in a vertical pair, and is accompanied by a 1978 Philatelic Foundation certificate describing the pair. With a $40,000 value in the 2015 Scott Specialized Catalogue of United States Stamps and Covers, it is offered with an opening bid of $10,000.

The auction’s selection of more than 30 silver tax stamps includes a couple of nice hard-to-find items.

The first is the 1939 80¢ rose pink stamp with “SILVER TAX” overprinted with a violet handstamp in large block letters (Scott RG32). The stamp is struck with purple double oval hand cancels, and has a small sealed tear and a tiny surface scuff.

Also on offer is the Series 1941 $500 gray J.A. Dix silver tax stamp (Scott RG81), one of just three examples that are thought to exist of this issue. This one carries the serial number 3 and has a two line typewritten “Silver Tax Sta(mp) 1-14-43” cancellation.

This rare item is listed in the Scott U.S. Specialized catalog at $37,500 (with the value in italics); Kelleher has it offered with an opening bid of $15,000.

A key classic issue among the 1871 second issue documentary stamps is, of course, the beautiful red orange, green and black $500 stamp known to collectors as the Persian Rug. The example in the Kelleher auction has a manuscript cancel across the face and a cut cancel over each “500.”

The Scott catalog value is $17,500, again listed in italics, and this stamp in the Kelleher auction is offered with an opening bid of $7,000.

The selection of private die match and medicine stamps offered in the upcoming auction also includes some very pleasant surprises.

This one, according to the auction catalog description, has small sealed tears at bottom, a small thin and staining.

The stamp displays a pictorial design and an inscription for “Dr. C.W. Roback’s Scandinavian Blood Pills.”

All lots in the June 30 auction, which also includes 44 lots of telegraph stamps, can be viewed via the Kelleher Auctions website.