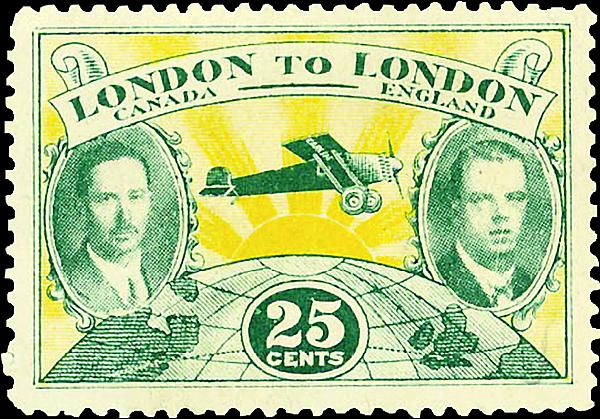 One of just 13 unused single stamps surviving, this 1927 semi-Official airmail stamp will be auctioned during the Jan. 28-30 Kelleher sale. 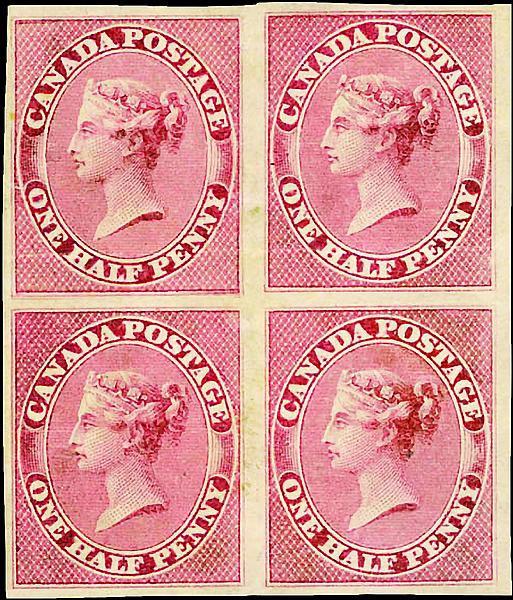 The Jan. 28-30 Flagship auction from Daniel F. Kelleher includes this 1857 Queen Victoria block of four from Canada with a vertical stitch watermark.

A sale of “collections, stocks and accumulations of the world” will take place Jan. 23-24.

The collections sale of 983 lots includes the Michael D. Rogers collection of Ethiopia.

This will be followed by the Flagship sale of United States and worldwide stamps and postal history Jan. 28-30.

With nearly 2,000 lots on offer, the Flagship sale has much to choose from.

The first two days of the sale will include U.S. stamps and covers, with postal history and classic stamps dominating the first day, and later U.S. classics, errors, back of the book and postal stationery among the second-day offerings.

The airmail section offers several sets of the U.S. 1930 Graf Zeppelin issue (Scott C13-C15), including blocks of four with plate numbers, and a matched set of plate blocks of six with full wide top margin numbers.

The selection of Canadian material uncovers some pleasant surprises, including a block of four of the 1857 Queen Victoria ½-penny rose stamp (Scott 8) with vertical stitch watermark. The block is described by Kelleher as a “fabulous rarity, the unique mint example of the ½d 1857 with a stitch watermark.”

The block has original gum with the bottom pair apparently never hinged, and the two left stamps clearly showing the watermark, according to the auction catalog description.

The 2015 Scott Classic Specialized Catalogue of Stamps and Covers notes that this stamp was issued for the attempted first trans-Atlantic flight, aborted Aug. 29, 1927.

“A second attempt ended in the crash at sea and death of the pilots on Sept. 6,” the catalog adds.

Only 100 stamps were printed, and just 13 unused single stamps and one on cover survive.

Two of the survivors are in the collections of the British Library, Kelleher notes, and of the remaining seven, most are faulty.

This example is described as original gum, never hinged, and virtually perfectly centered.

Collectors can peruse the Kelleher auction catalogs for the collections sales or the Flagship sale at www.kelleherauctions.com.

The website provides images of selected items from the collections and individual lots from the Flagship sale. Bids can be placed online, by telephone, by mail, in person, or by alternate methods.