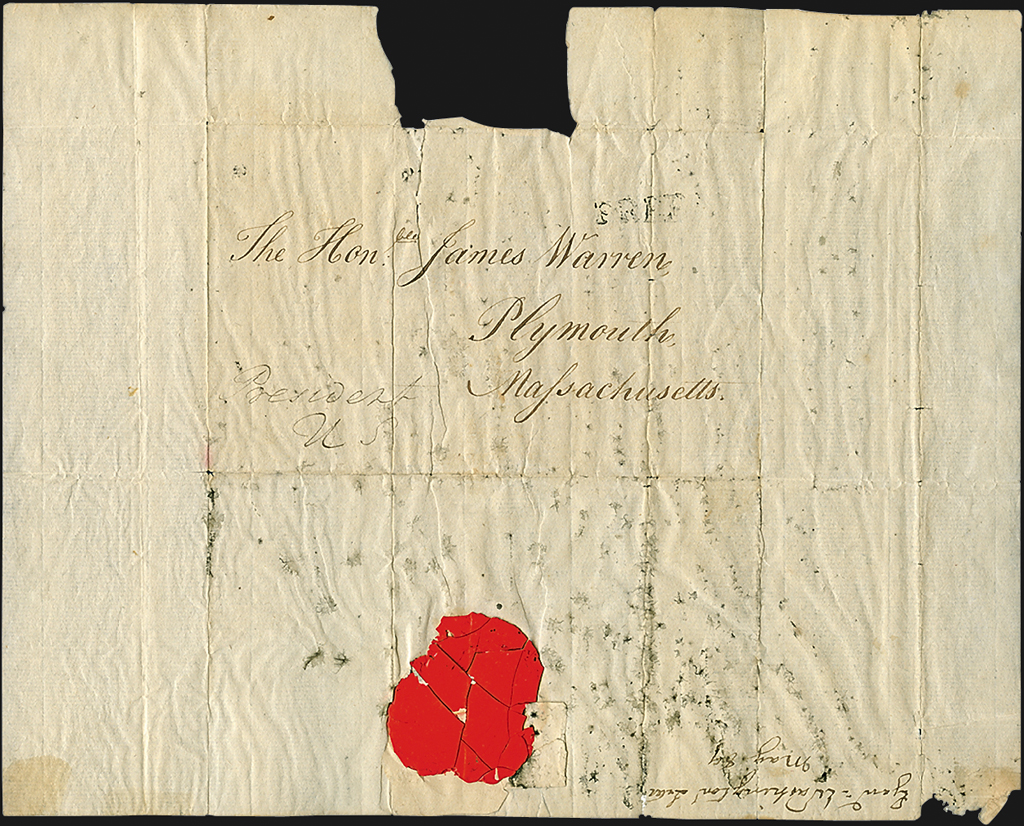 The earliest-known United States presidential “free frank,” by George Washington, will be among the rarities and other items on display at the American Philatelic Society’s Stampshow Aug. 20-23 in Grand Rapids, Mich. 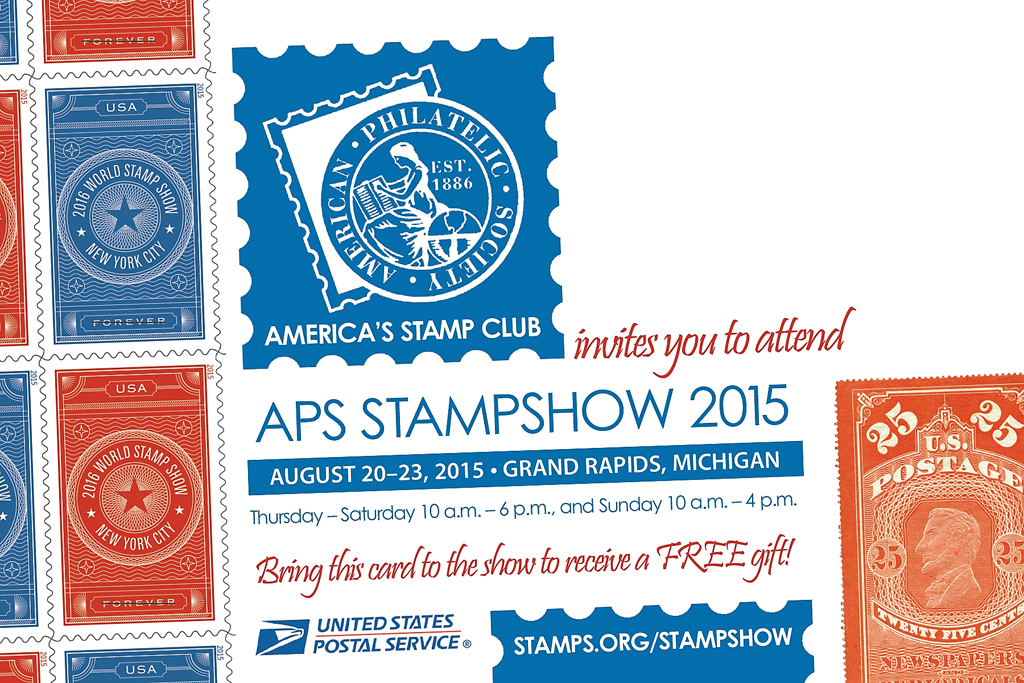 A postcard advertising Stampshow 2015 will be sent to approximately 1.5 million addresses within a radius of Grand Rapids in advance of the show. In addition to picturing the U.S. World Stamp Show - NY 2016 stamps that will be issued Aug. 20 at Stampshow, the card includes the logos of the American Philatelic Society and the United States Postal Service.
Previous
Next

The show will offer a bourse of more than 120 dealers, many meetings and seminars, and more than 15,000 pages of collectors’ exhibits.

At 12:30 .p.m. Thursday, UNPA will host a first-day ceremony for its UNICEF — End Violence Against Children stamps.

At an 11 a.m. ceremony Friday, the Marshall Islands will issue the final pane of stamps in its five-year series marking the 70th anniversary of the end of World War II.

At each of these first-day ceremonies, a free ceremony program or cover will be provided to attendees, and ceremony dignitaries will be available to provide autographs.

Three of America’s rarest postal items, including the 1918 Jenny Invert (Scott C3a), a pane of 50 of the 1962 Dag Hammarskjold Invert (1203a), and the earliest-known U.S. presidential “Free Frank”, by George Washington, will be on display at the show.

In addition to these rarities, there will be more than 900 exhibit frames displaying competitive and educational stamps, and philatelic materials.

A special display presented by the U.S. Postal Service Museum in Marshall, Mich., will feature antique mail vehicles, including a circa 1900 rural mail sleigh, a 1931 Model A mail truck, a 1950 city carrier bicycle, and a 20th-century city delivery cart.

The more than 120 domestic and international dealers with booths at the show will buy and sell stamps and other philatelic items ranging in price from a penny to tens of thousands of dollars.

Harmer-Schau Auction Galleries Inc. and Regency-Superior will conduct live auctions over the course of the four days.

For the bargain hunter, several special booths at Stampshow will sell all items for $1 or less. At Stamps by the Bucket, youth (under age 16) will be able to pick through thousands of stamps, filling a bucket for only $1, while adults pay $5 for a bucket.

The popular “Stamps In your Attic” program,  a free service available each day of the show, will assist individuals with identification and evaluation of philatelic items.

Stamp designer Chris Calle has created the official APS Stampshow cachet for 2015. Calle is credited with designing more than 200 worldwide postage stamps, including at least 25 for the USPS. Calle will be available for autographs at the APS booth.

Calle also will teach one of the dozens of seminars available for free to the public throughout the weekend. Called “Stamp & Cover Design,” this event will be held at 4 p.m. Saturday, Aug. 22.

A number of other artists will be present with their original work at the cachetmakers’ bourse on Saturday from noon to 5:00 p.m.

A few of the other featured speakers at Stampshow include: Janet Klug, APS past president, at the Tiffany Dinner at 6:30 p.m. Thursday (reservations required); Daniel Piazza, curator of philately at the National Postal Museum, providing a preview of the museum’s “Freedom Just Around the Corner” exhibit at 2 p.m. Friday; and Fred Levantrosser of the Peninsular State Philatelic Society speaking about Michigan postal history at 1 p.m. Sunday.

Youth can learn about collecting, compete for prizes, design stamps, play games, and find items for their stamp collections in the youth area.

Adults interested in learning more about the basics of collecting can attend “Stamp Collecting 101” on Saturday from 1 p.m. to 4:30 p.m. This beginner course introduces collectors to the tools and techniques involved in handling, preserving and storing a collection. The cost is $20 ($15 for APS members) and includes a starter collecting kit.

An anticipated 5,000 people from throughout the United States and abroad are expected to attend the show.