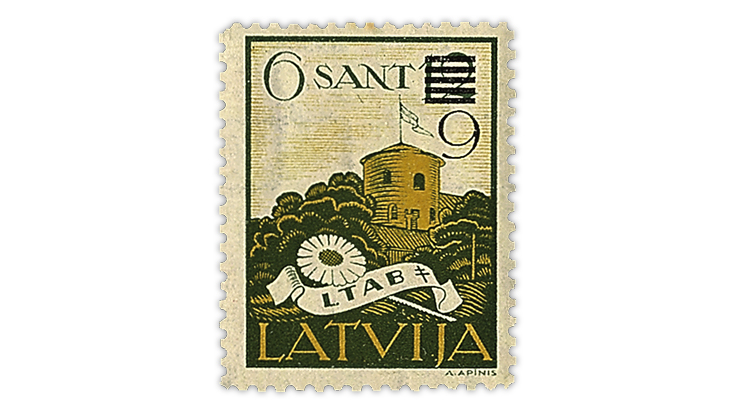 The 1931 Latvia Anti-Tuberculosis set of 10 semipostal stamps (Scott B72-B81) is surprisingly difficult to find and is a good buy at 60 percent to 80 percent of 2020 Scott Standard Postage Stamp Catalogue values.

Latvia is one of the three Baltic republics. Like Lithuania and Estonia, it was free and independent from 1918 to 1940, when all three were gobbled up by the Soviet Union under the secret protocols of the Nazi-Soviet Non-Aggression Pact of 1939.

Latvia reasserted its independence in 1991 as part of the breakup and collapse of the Soviet Union.

On Aug. 19, 1931, Latvia issued a set of 10 semipostal stamps (Scott B72-B81) to benefit the Latvian Anti-Tuberculosis Society. The set was produced by overprinting and surcharging previously issued semipostal stamps.