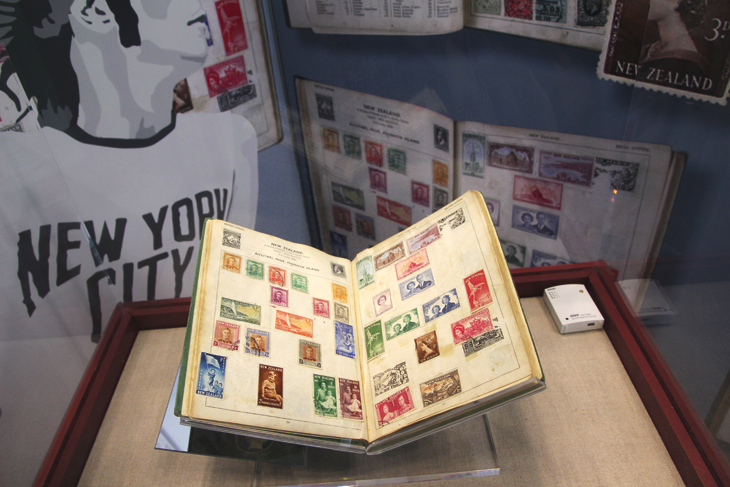 John Lennon’s boyhood stamp album on display in New York City in 2016. A new exhibit of the album has opened in Washington, D.C. at the National Postal Museum. Linn’s Stamp News photo by Denise McCarty.

The museum acquired the album in 2005 but has not displayed it in Washington since 2006. Since then, the album has been shown in Stockholm, and in New York City.

The album was a gift to Lennon from his older cousin Stanley Parkes. “According to Parkes, Lennon began collecting at about age 9 and actively pursued the hobby for severalyears,” the museum reported recently. “There is evidence throughout the album that Lennon added and removed stamps.”

The album includes 565 worldwide stamps on more than 150 pages, according to the museum. It will be exhibited along with a tribute to previously issued U.S. Music Icons stamps through Feb. 3, 2019.