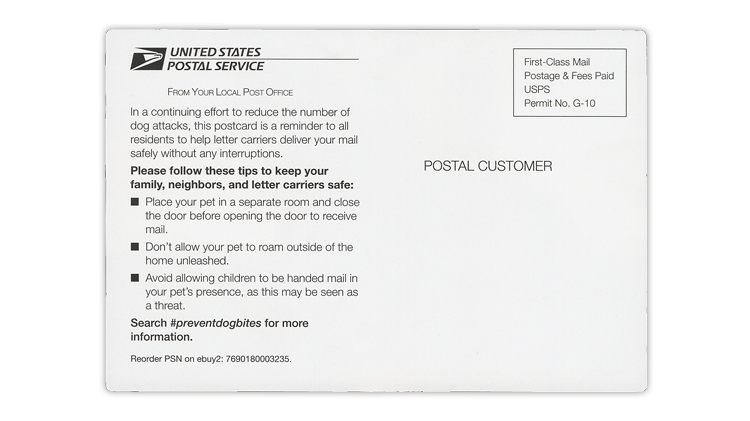 The U.S. Postal Service produced this postcard to provide tips to dog owners on how to prevent attacks. The back of the postpaid postcard is addressed to “Postal Customer.” 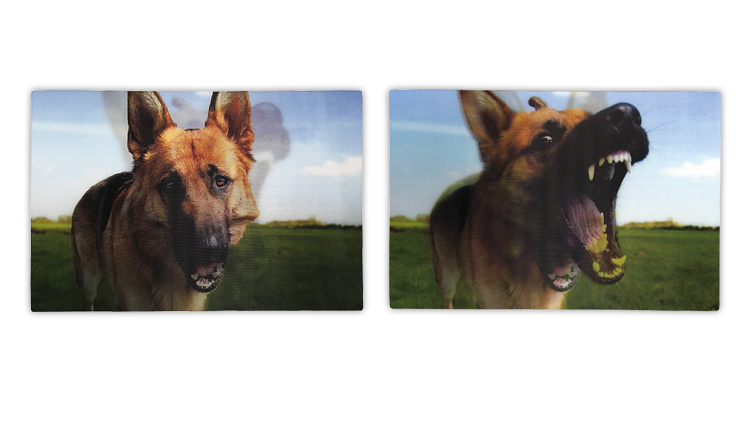 The front of the card has a lenticular effect, showing a dog calm and in attack mode.
Previous
Next

April 14 through April 20 is National Dog Bite Prevention Week, and the United States Postal Service reported in an April 11 press release that 5,714 postal employees were attacked by dogs nationwide in 2018. The silver lining is that this was 500 fewer than the previous year.

The Postal Service said that technology and other safety initiatives assisted in reducing the number of attacks.

The top five cities for dog attacks in 2018 were Houston, Los Angeles, Philadelphia, Cleveland and Dallas.

Stamp collector Michael Pappas of Detroit, Mich., recently shared with me the USPS postage paid postcard shown nearby. The front of the cover has a lenticular effect, showing the dog going from calm to attack mode as you turn the card. It is powerful imagery to say the least.

The back of the card reads, “In a continuing effort to reduce the number of dog attacks, this postcard is a reminder to all residents to help letter carriers deliver your mail safely without any interruptions.”

I worked as a part-time letter carrier one summer while I was in college in Wisconsin and had a couple of close calls with dogs along the walking route.