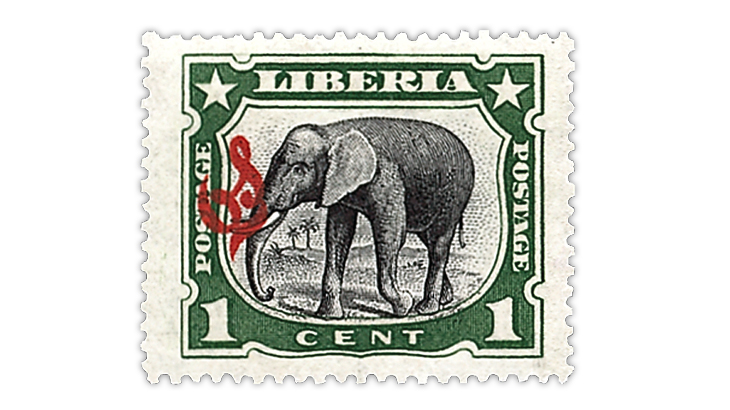 Located on the west coast of Africa, Liberia was one of just two independent countries in sub-Saharan Africa in the 19th century. It was founded by the American Colonization Society, which transported former American slaves and free-born blacks to Africa in the belief that they would have better lives there than in the United States.

Liberia declared its independence in 1847, but it was not officially recognized by the United States government until 1862.

In the 19th and early 20th century, Liberia produced some of the most attractive, engraved, colorful and well-designed topical stamps in the world. This has made Liberia popular with a great number of collectors in other countries, especially those who specialize in classic stamps of the world issued from 1840 to 1940.

Because many of the issues were produced primarily for sale in the philatelic market, several early sets remain inexpensive and affordable to most collectors.

In 1906 Liberia issued a set of 13 Official mail stamps (Scott O46-O58), which were produced by overprinting a government monogram on stamps of the regular topical issue of 1906. The 2020 Scott Classic Specialized Catalogue of Stamps and Covers 1840-1940 values the set in unused hinged condition at $18.40.

This set was easy to find decades ago, but it is much less frequently encountered today. A set is a good buy in unused hinged condition in the $15-to-$18 price range. A set in mint never-hinged condition would be a great buy in the $20-to-$30 price range.