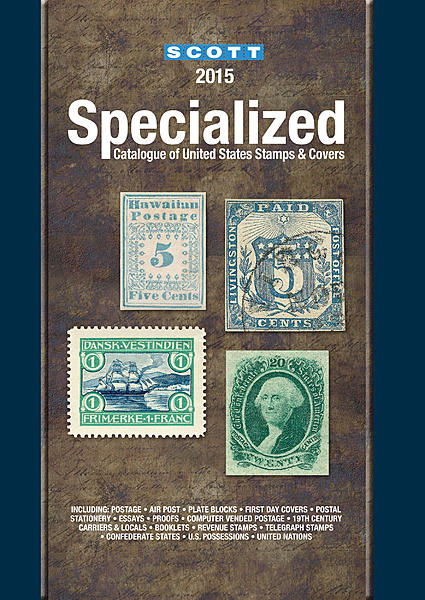 The 2015 Scott Specialized Catalogue of United States Stamps and Covers. 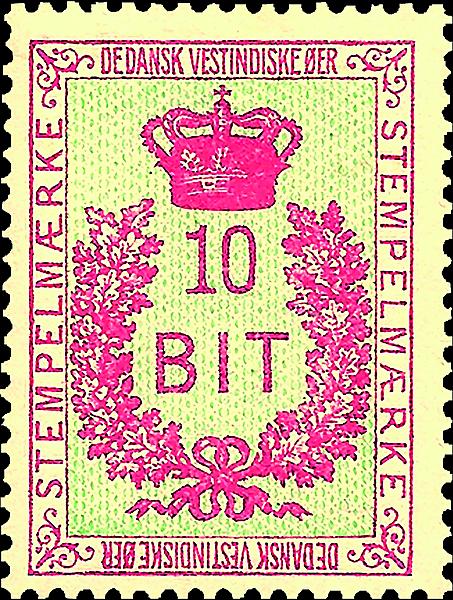 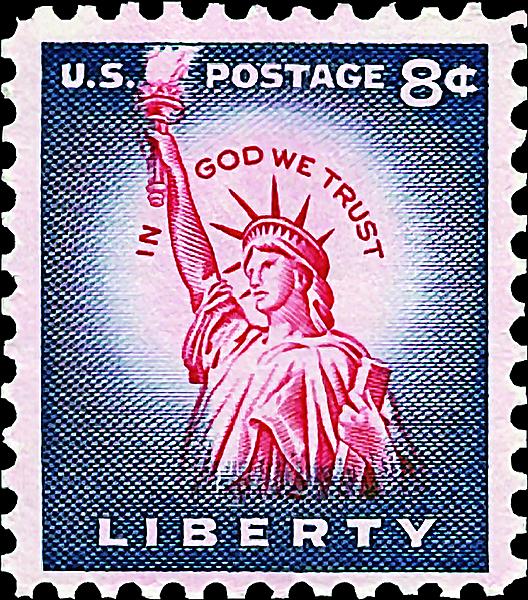 The listings for the United States 1954-73 Liberty series have been revised in the 2015 Scott Specialized Catalogue of United States Stamps and Covers.

The 93rd edition of the Scott Specialized Catalogue of United States Stamps and Covers for 2015 features a bevy of improvements and additions, along with more than 7,800 value changes.

The most significant change is a complete reworking of the listings for the 1954-73 Liberty definitive (regular-issue) series.

According to catalog editor Charles Snee, this was done to bring the listings into conformity with current Scott listing policies,

Scott catalog editors enlisted the help of catalog editor emeritus Jim Kloetzel and the Liberty series committee of the United States Stamp Society to rework the listings into a more logical and chronological path.

In a special feature article in the catalog, Kloetzel provides the background on the Liberty series and outlines the rationale of the new listings based on the wet and dry printings.

The second major improvement to this year’s catalog is the addition of revenue stamps under the Danish West Indies and United States Virgin Islands section.

A special feature article by expert Tim McRee explains the history of these revenue stamps and the logic for adding them to the catalog.

Other significant additions to the 2015 Scott U.S. specialized catalog include cancellation listings for 11 different stamps, beginning with the 1856 Jefferson 5¢ red brown type I (Scott 12).

The footnotes accompanying modern postage listings for uncut press sheets with and without die cuts have been expanded to include listings and values for intact panes and pairs.

Values also have been updated to reflect current market conditions.

A sizable number of new postage errors have been added, and a few have been deleted. For example, the 1992 29¢ Wulfenite stamp in the Mineral set with the lithographed red omitted (Scott 2703c) was removed because all known examples are sun-faded fakes.

The census of registry exchange labels has been extensively updated, with new discoveries for 10 cities. In addition, a new discovery, a label for Tampa, Fla., has been added as Scott FX-TP2. A handstamp was used to apply the name to this label.

In the postage due section, never-hinged listings have been added for blocks of four of stamps of the 1917 issue (Scott J61, J63-J68.)

Two new errors appear in the stamped envelopes and wrappers section: a tagging-omitted variety of the 1999 33¢ Flag envelope (Scott U642j) and the 2001 34¢ Eagle envelope with the gray omitted (U646b).

Two errors of the 2008 42¢ Elk envelope, Scott U633c and U633d, have been deleted because it has been determined that both are freaks and have both colors (green and black) present.

In the essays section, there are a handful of new listings, updated images and a substantial reorganization for the 1870 issue of the Continental Banknote Co.

The affected listings begin with Scott 145-E1 and continue through 148-E1. Pay particular attention to the listing headlines and design descriptions, which have been expanded and revised for clarity.

In the postage section, slightly more than 2,800 changes were recorded. For the most part, values generally stayed the same or declined modestly.

The cover price for the printed version of the 2015 Scott U.S. Specialized catalog is $119.99. Linn’s Stamp News subscribers are eligible for a discount when purchasing online direct from the publisher through the Amos Advantage program.

The Scott Classic Specialized Catalogue of Stamps and Covers 1840-1940 will be released in November.

Scott catalogs also are available for your mobile devices and tablets online at www.scottonline.com. Each volume is available, as well as selected individual countries.