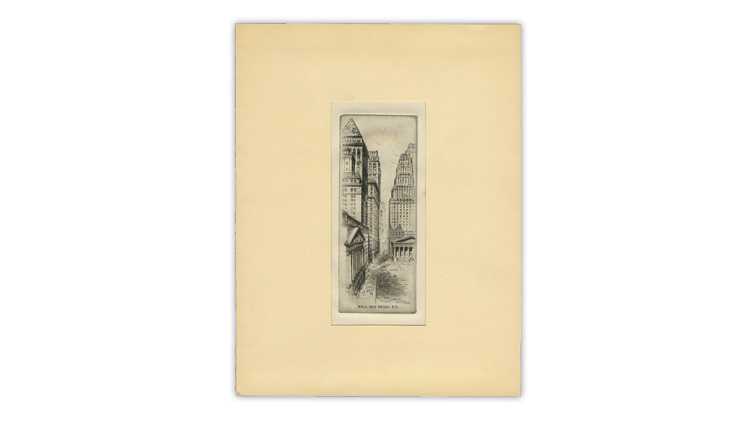 Figure 1. This 8-½-inch by 11-inch Christmas card features a Harry Peckmore etching showing Wall and Broad streets in New York City. The card was sent in 1949 by Harry Lindquist, founder of Stamps magazine, and his wife, Marion. 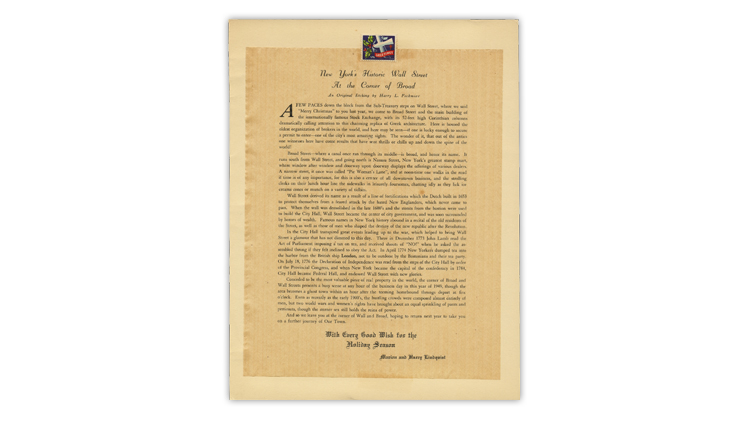 Figure 2. Inside the Christmas card shown in Figure 1 is a lengthy description of the etching on the front, and a Christmas greeting from Marion and Harry Lindquist, all printed on expensive parchment paper.
Previous
Next

Harry L. Lindquist (1884-1978) was the founder of Stamps magazine, which he published from 1932 until his passing. A renaissance man, he was also an active force for good in half a dozen of the major philatelic organizations of his era, serving as an officer, editor, financial supporter and mentor.

His base of operations was New York City, a fact reflected in his 1949 Christmas card shown in Figures 1 and 2.

Figure 1 pictures the front of this large 8½-inch by 11-inch card. It features an etching by artist Harry Peckmore titled Wall and Broad Sts.

Peckmore was already well-known in the hobby as the creator of a series of etchings of the 10 1934 National Parks stamp designs, produced in the colors of the stamps. Lindquist had used those etchings as a subscription premium.

As shown in Figure 2, the inside of the Lindquist Christmas card included a lengthy description of the scene portrayed in the etching on the front. This description is on parchment paper and attached to the card by a 1949 Christmas seal. It is signed “With Every Good Wish for the Holiday Season, Marion and Harry Lindquist.”

This card was the second in a series that began in 1938 with another Wall Street scene. John Dunn, publisher of Mekeel’s & Stamps Magazine, told me that there was at least a third, similar card that featured an etching of Trinity Church.

The Lindquist cards are the cream of philatelic Christmas cards, both in terms of presentation and expense. If a Linn’s reader has and can share the first and/or third of these Lindquist Christmas cards, I would like to hear from you. Please contact me, John Hotchner by email at jmhstamp@verizon.net, or by mail at Box 1125, Falls Church, VA 22041-0125.