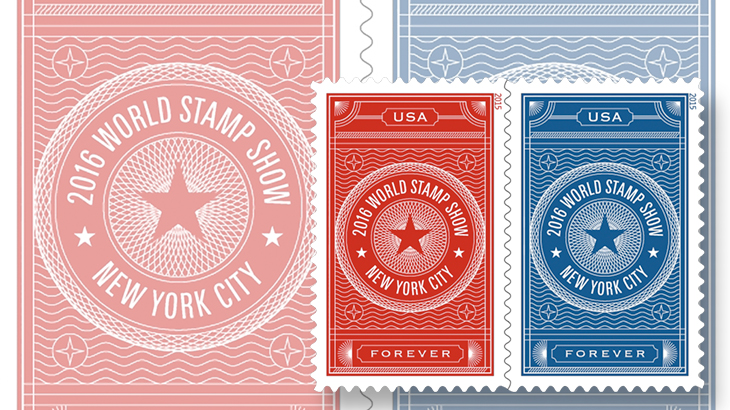 As the official show daily publisher, Linn’s will publish three daily newspapers at the show: on Monday, May 30; Tuesday, May 31; and Thursday, June 2.

Our goals are to help show attendees have fun and to make their visit to the show a pleasant experience. International shows can be overwhelming because of their sheer size and the number of events.

Stamp shows of this magnitude typically are held only once every 10 years in the United States. International shows offer a unique opportunity for collectors to learn about the stamp hobby, to see philatelic gems that are seldom displayed together in one venue, and to view world-class exhibits.

The Linn’s daily newspapers will be given away free at the Javits Center and at select show hotels.

Linn’s also will produce the Linn’s Stamp News World Stamp Show-NY 2016 Preview, a magazine to be published in advance of the show that will entice readers to attend the show and will offer tips and suggestions on how to plan ahead.

The Preview also will offer a sneak peek at seminars, programs, auctions, the court of honor, first-day ceremonies and other events planned for the eight-day show.

Coming soon to our website Linns.com is a landing page for WSS-NY 2016. This page will serve as a central location where visitors can find up-to-date stories on the show.

Linn’s has a long history of promoting international stamp shows held in the United States.

In 1986, we published 11 daily newspapers for the Ameripex international stamp show in Chicago. In 1989, we offered Linn’s readers a preview for World Stamp Expo 89 in Washington, D.C. We published the official program and guide for World Columbian Stamp Expo in Chicago in 1992.

In 1997, we produced the official program and daily newspapers for Pacific 97 in San Francisco, and nine years later we published the Linn’s Stamp News Washington 2006 Preview for the international show in Washington, D.C.

Our experience will enable us to keep readers and show attendees well informed in the days leading up to what promises to be a spectacular event in the history of stamp collecting in the United States.