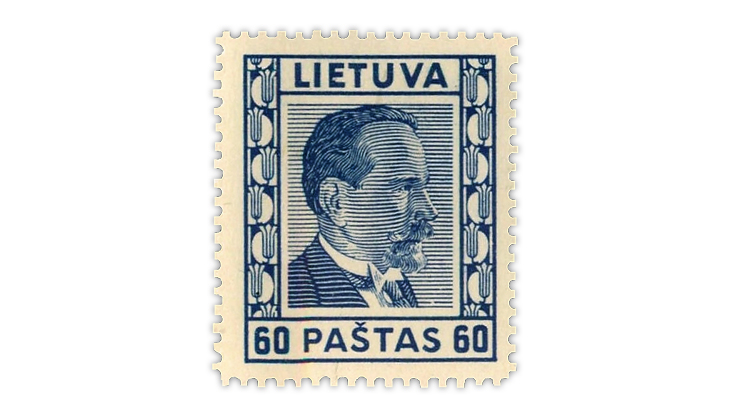 Lithuania is one of the three Baltic States, of which Estonia and Latvia are the other two. All three gained their independence at the end of World War I in 1918. All three lost it again when they were invaded, occupied and incorporated into the Soviet Union in June 1940.

In March 1990, Lithuania declared and successfully re-established its independence. Lithuania’s success inspired other captive nations to follow suit, resulting in the dissolution of the Soviet Union in December 1991.

Baltic States stamps from both the 1918-40 period and since the re-emergence of the independent states are quite popular with collectors in the United States, in part because of the large Baltic States diaspora living here.

The two lower denomination stamps are readily available and usually sell at a discount from Scott catalog value. Most of the 60c stamps were used for postage.