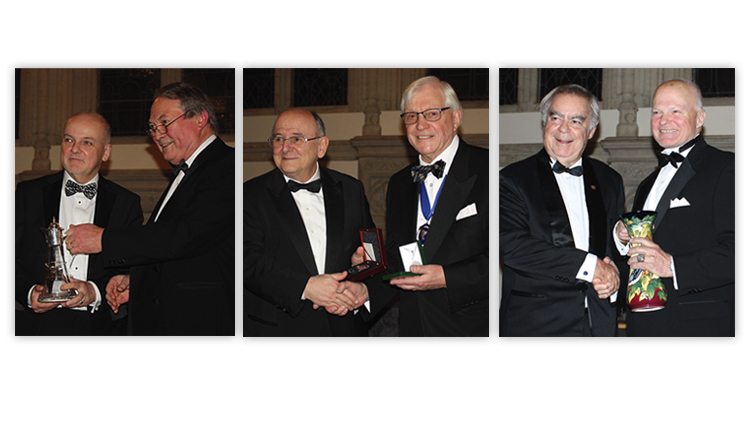 Hughes of the United Kingdom won the Grand Prix National (for an outstanding exhibit of Great Britain) with “The Maltese Cross.”

The Grand Prix International went to Morani of Italy for “Tuscany 1836 to UPU: Letter mail in, from and to Tuscany: Routes, rates and charges.”

Gough of the United States won the World Stamp Championship for his exhibit “UPU and its Impact on Global Postal Services.”

Best in class awards for each of the competitive classes also were presented. Winners included Morani in postal history, Behruz Nassre-Esfahani in postal stationery, Michael Mahler in revenue, Bjorn A. Schoyen in aerophilately, Gough in printed literature, Maurice Buxton in digital literature, and Jennifer Long in postcards.

Further best in class award winners include Joseph Hackmey in the traditional class, David Griffiths in the thematic class, Dinda Alisha Rahima in the youth class, Iva Mouritsen in the open class, and Guy Heyblom in the modern class.