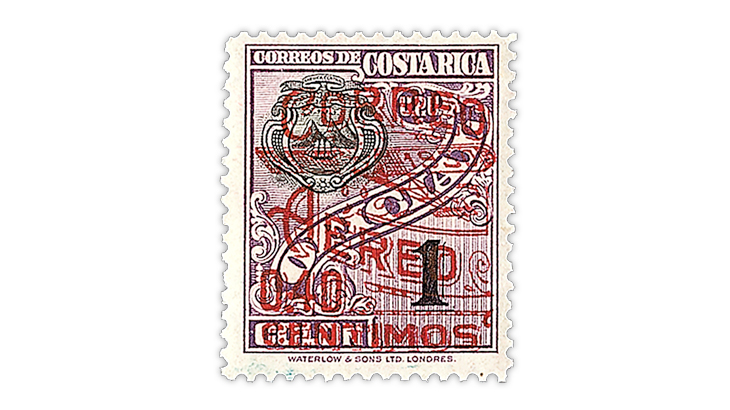 In a region marked by political instability, dictatorship and civil war, Costa Rica has a long history of stable, peaceful, democratic government. Costa Rica disbanded its army in 1948 and is one of the few countries in the world without a standing army.

It boasts the most educated population and has one of the highest standards of living in Latin America.

There is a small but dedicated band of Costa Rica collectors in the United States. Its stamps issued before 1940 are also popular with worldwide classic collectors.

Costa Rica has issued more airmail stamps than it has regular postage stamps. The set of four overprinted and surcharged airmail stamps issued March 11, 1930 (Scott C7-C10), is in demand. The set was produced by overprinting and surcharging in red the 1926 1-colon lilac and black Official mail stamp (Scott O79).