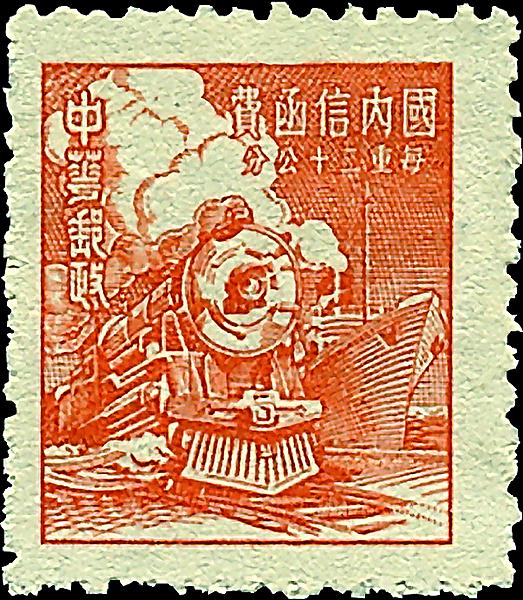 The Chinese 1949 nondemonimated postage, airmail, special delivery and registration stamps (Scott 959, C62, E12 and F2) are hard to find and are selling for more than their 2015 Scott Standard Postage Stamp Catalogue values. 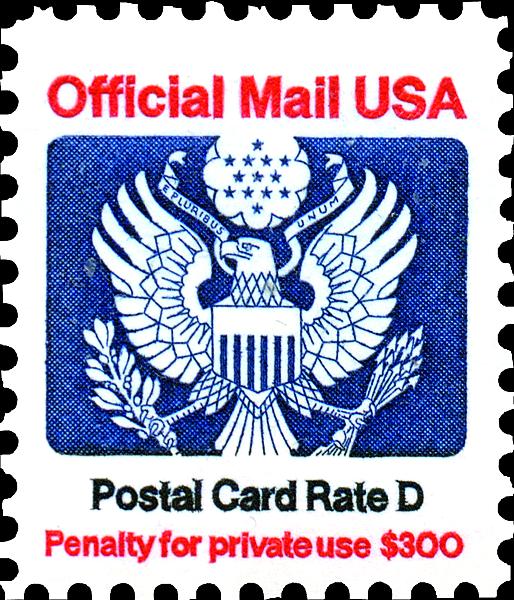 The United States 1985 Great Seal of the U.S D-rate nondenominated (14¢) postcard-rate Official stamp (Scott O138) is overvalued in the 2014 Scott Specialized Catalogue of United States Stamps and Covers and is a good buy in the $2.25-to-$4 price range.

Official Mail stamps are for use on mail sent by an authorized governmental department, agency or organization. They have generally been used as an accounting tool to measure the use of the mails by a given government agency.

The pick of the litter of recent U.S. Official Mail stamps has been the 1985 D-rate nondenominated (14¢) postcard-rate Official stamp (Scott O138). This stamp was only in use for a short time and saw limited use.

The 2014 Scott Specialized Catalogue of United States Stamps and Covers values the stamp in mint never-hinged condition at $7.50 and in used condition at $15 with the value in italics.

This stamp is currently overvalued and can be found in quantity in the $2.25-to-$4 range. If you need this stamp for your collection, now is a good time to buy it.

Used examples have held their value better, but the best way to collect this stamp used is on cover. Unless they are socked-on-the-nose, off-cover used examples can be difficult to expertize for genuine cancels and contemporary use.

A Linn’s editor found this week’s recommended stamps onZillionsOfStamps.com at the following prices:

China — The Chinese stamp market remains one of the most active and volatile. One set to look for is the 1949 nondenominated postage, airmail, special delivery and registration stamps (Scott 959, C62, E12 and F2) issued as the Nationalist Chinese were losing the battle for mainland China to the Communists. Because of speculation in the gold yuan, they were issued without denominations and were sold based on the daily calculation of the value of the yuan.

Three of the four stamps feature transportation themes and are of interest to topical collectors. All four were issued without gum and both perforated gauge 12½ and rouletted, with the rouletted varieties being assigned Scott minor catalog numbers.

The 2015 Scott Standard Postage Stamp Catalogue values the perforated stamps in mint condition, without gum as issued, at $5 (Scott 959), $7 (C62), $9 (E12) and $10 (F2). The rouletted varieties are more expensive, but still within the range of most collectors.

This can be a surprisingly difficult set to find. Both the perforated versions and the rouletted varieties are selling for 20 percent to 50 percent more than Scott catalog values and are well worth buying at those prices. — H.G.