Looking for brick-and-mortar stamp stores around the U.S. 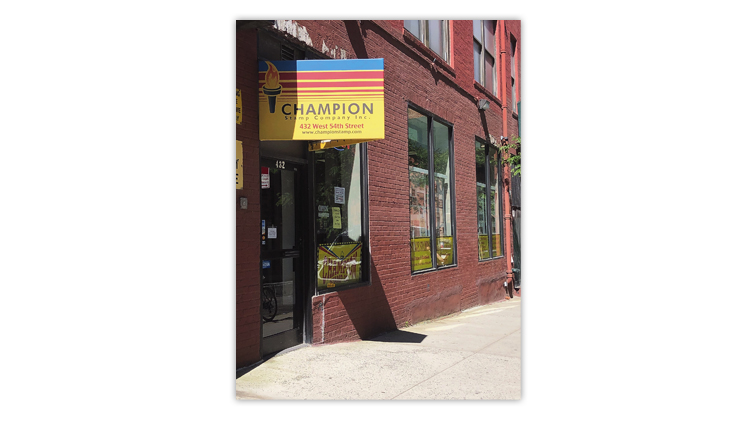 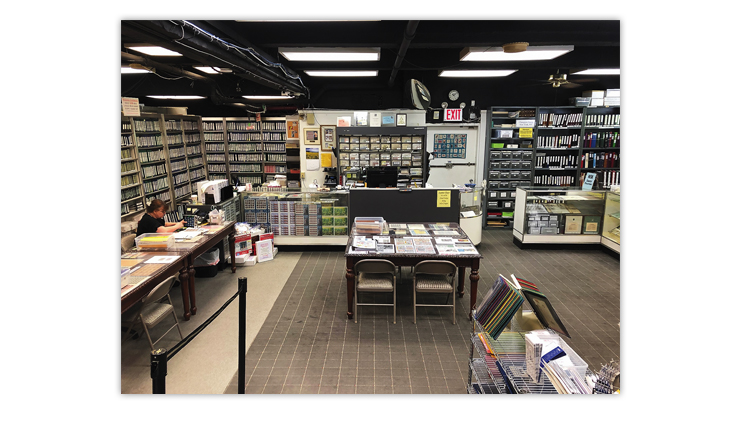 I recently found myself with the opportunity to hop into New York City while on a layover at a nearby airport. My goal was to visit a stamp store I had only been to briefly once before.

While the philatelic retail landscape definitely changed with the emergence of the internet, a number of brick-and-mortar stamp stores remain open. But I don’t know of a list of all such stores in the United States, and I’d like to rectify that situation.

When I walked in the door, I saw nearly floor-to-ceiling shelves of red books by country, from which you could purchase individual stamps. There also were country collections in boxes.

A few press sheets were displayed in cases, along with other material for both the general and traditional philatelist.

Exhibit-style frames around the store contained pages displaying a variety of collections of stamps, such as U.S. Express Mail stamps and sets of stamps from different countries. I also spotted a section of advertising covers in multiple binders.

On a nonphilatelic side, banknotes from around the world were for sale.

As you would expect, the customers who come to the store ask for a variety of items, with nothing really jumping out as something everyone is looking for.

Overall, it was an enjoyable visit, and I look forward to returning someday soon.

As for other stamp stores around the country, I would like your help in compiling the list so I don’t omit any stores or key information. Send a photo, location details and/or contact information for any stamp store you know of to me by email at
jbigalke@amosmedia.com or write to my attention at Linn’s Stamp News, Box 4129, Sidney, OH 45365. I hope to publish the list in a future column.