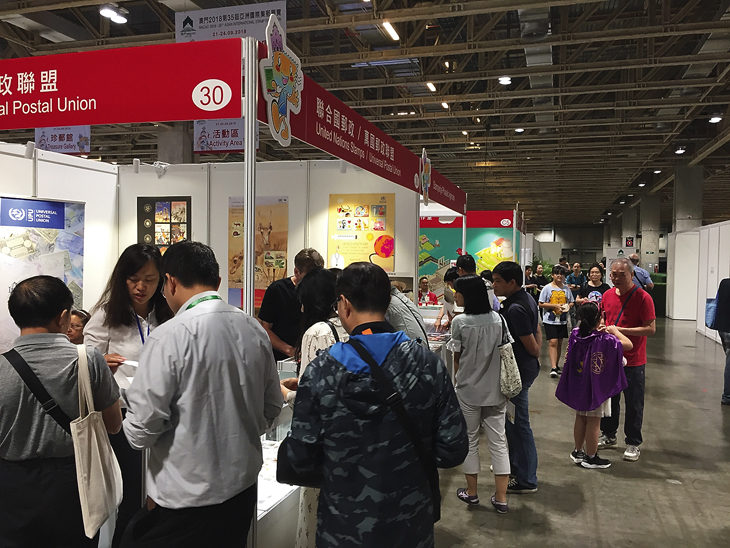 The Universal Postal Union and the United Nations Postal Administration shared a booth at the recent stamp show in Macau. 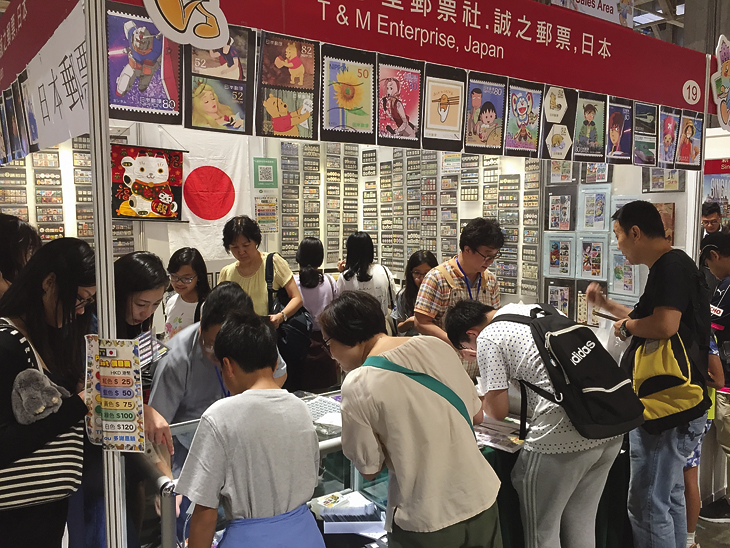 The Japan-based T & M Enterprise booth was crowded all four days of the Macau show. Among the stamps offered at the booth were topical issues featuring cartoon and anime characters, which were popular with collectors. 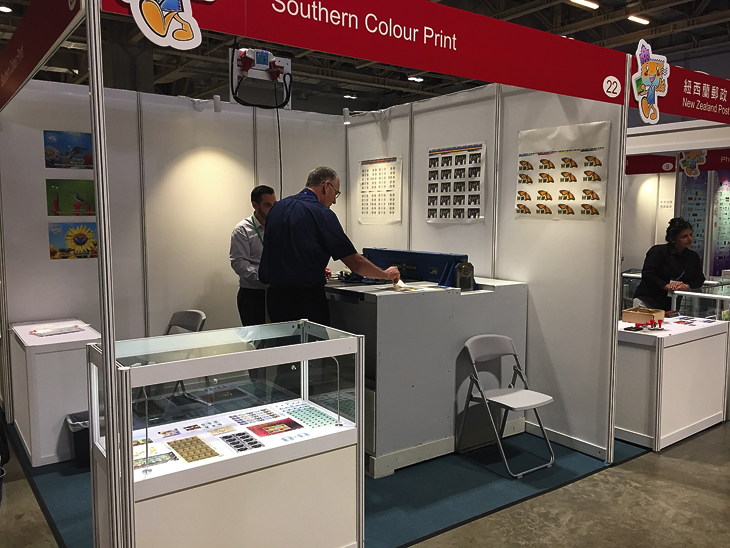 Among the security printers with booths at the show in Macau was New Zealand’s Southern Colour Print that had stamps and more on display. 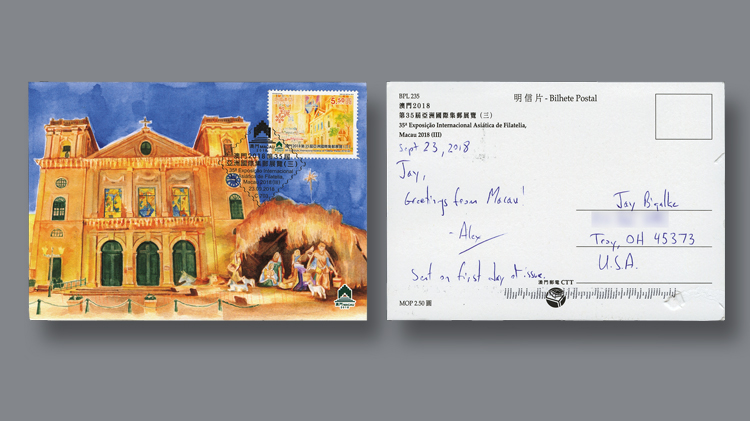 A souvenir maximum card that was sent to Ohio on the first day of the 35th Asian international stamp exhibition held Sept. 21-24 in Macau.
Previous
Next

During this four-day, Friday-through-Monday event, attendees had a wide variety of activities, dealers, postal administrations and exhibits from around the world to explore.

Like the home-region bias seen at major exhibitions in North America, the 1,004 exhibit frames at the show in Macau featured a spectacular array of Asian countries’ stamps and postal history.

On the worldwide new-issues front, collectors could choose from a wide range of postal agency booths to visit, including Australia, Bhutan, China, India, Liechtenstein, New Zealand, Singapore, Spain and more.

Like Hong Kong, Macau is a special administrative region of China with a high degree of autonomy. As a result, Macau issues its own postage stamps, and Macao Post was represented with a super booth and a seemingly endless selection of stamps, postcards and postal stationery at the event.

A highlight at the Macao Post booth was a well-organized photo-stamp offering that gave participants the opportunity to have their pictures taken and then printed on stamps.

Another option for show attendees looking to acquire a philatelic souvenir was selecting from the multiple new issues Macao Post released throughout the exhibition.

Noticeable crowd-pleasers throughout the exhibition were several mini events orchestrated by different postal agencies offering special souvenirs, commemorative postmarks and giveaways. Each “release” resulted in lines of collectors snaking around the paths between the booths.

In addition to traditional collectors, several school-age groups attended the exhibition on the final day and participated with excitement in these events.

Collectors accustomed to attending stamp shows in the United States might be surprised that at the show in Macau there were only a few traditional stamp and cover dealers where you could walk up, look through inventory and make a purchase. This is typical of international-level exhibitions held in Asian countries.

I found it particularly surprising that several booth holders at the exhibition were stamp/security paper printing firms, including Cartor Security Printing of France and Southern Colour Print of New Zealand. These security printers not only had examples of stamps they had printed but also different types of printing tools and equipment on display.

By far, the most crowded dealer booth each day of the exhibition was that of the Japan-based T & M Enterprise. Not only was the booth packed with stamps and collectors on the hunt, but it also drew a diverse range of collectors, from young to old, women and men representing many backgrounds and nationalities.

The primary philatelic draw as far as I could determine based on observing the activity along with a brief interview with the main proprietor was new-issue topical stamps, especially ones featuring popular cartoon and anime characters. It was quite the sight to behold day in and day out.

Overall, the show had decent attendance for its size. In a Sept. 24 press release, the show organizers reported an attendance of more than 10,000 over the four days.

If you are interested in attending a large stamp show in Asia, don’t miss the once-a-decade international exhibition in China next year, currently scheduled for June 11-17 in Wuhan City.

Working together to create a successful stamp show