Mail early for Christmas humor from the USPS 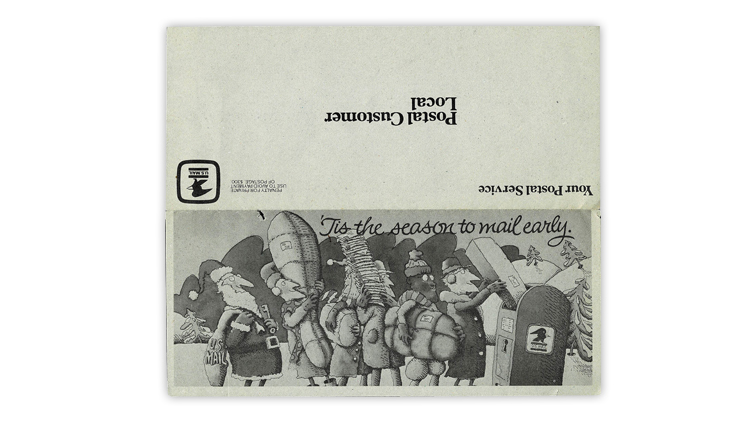 The U.S. Postal Service can never relent on its messaging — sometimes starting four months ahead — to get the American public to mail early for Christmas.

Keeping in mind that a little honey helps the medicine go down, I particularly enjoy examples of messaging that use some humor to get the attention of the target audience.

A nice example is shown here. There is no indication that this flyer was created for a particular geographic area, so perhaps it was available for use nationwide but delivered to all local customers.

The flyer was printed by the Government Printing Office, referred to as “Notice 61” and dated December 1974. Text (not shown in Figure 3) specifies that packages must be mailed before Dec. 10 and cards and letters before Dec. 15.

The “Tis the season to mail early” cartoon is worth a chuckle because there is an obvious mismatch between the items to be mailed and the capacity of the mailbox.