Should mail-in ballot postage be paid by the state?: Linn’s Buzz 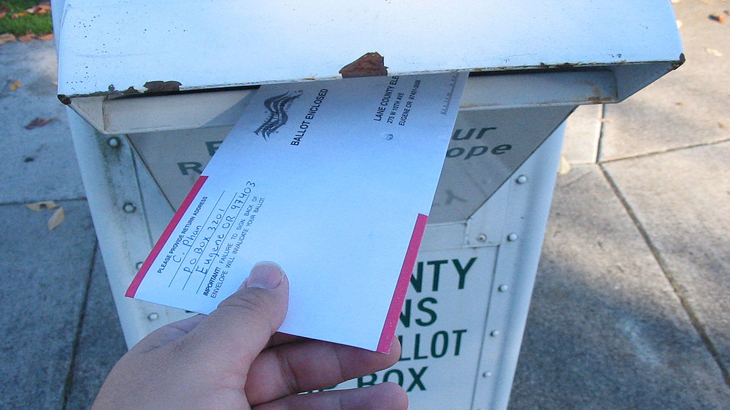 Oregon's Senate Rules Committee has given its support to a bill that would force the state, not the voter, to pay for return postage on mail-in ballots.

In an effort to make the voting process easier for the people of Oregon, The Oregonian reports, a bill was endorsed by the state's Senate Rules Committee last week that will put the burden of paying for ballot return postage solely on the state.

The committee’s 3-2 vote went along party lines, with Democrats favoring the bill and Republicans opposing it.

Such a requirement would cost the state about $1.08 per envelope, which would add up to roughly $1.8 million in ballot-return postage between 2017 and 2019.

The Oregonian criticized the bill in an editorial.

“Two million bucks a biennium is a modest sum given the size of Oregon’s budget,” the editorial reads. “But should the state pay? Is the burden of buying a stamp really crushing enough to divert $1 million per year from some other purpose — say, schools?”

The bill is not law and is working its way through the committee process.

Six stamps, each of which depicts a mode of mail transportation from a particular time period, were released on Feb. 17 by Royal Mail.

The modes of transportations range from post boys, to trains, to the minivan.

What other types of vehicles have transported mail in the UK?

Each of the five variations of the United States Postal Service's Flag forever stamps that were issued on Jan. 29 have been assigned individual item numbers.

“The stamp is offered in two different coils of 100 stamps, two different double-sided panes (foldable booklets) of 20 stamps, and one booklet of 10 stamps in a single pane.”

Here are those item numbers.