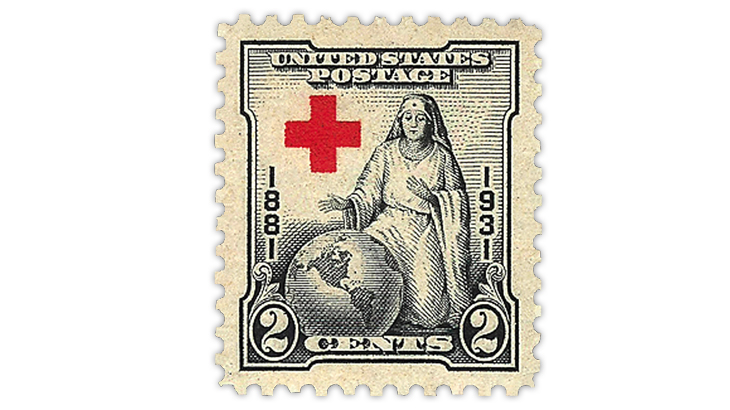 The cartoon caption contest image for March is the 2¢ stamp issued in 1931 to mark the 50th anniversary of the American Red Cross. Entries must be received by March 27 for a chance to win a prize. The rules are in the accompanying article. 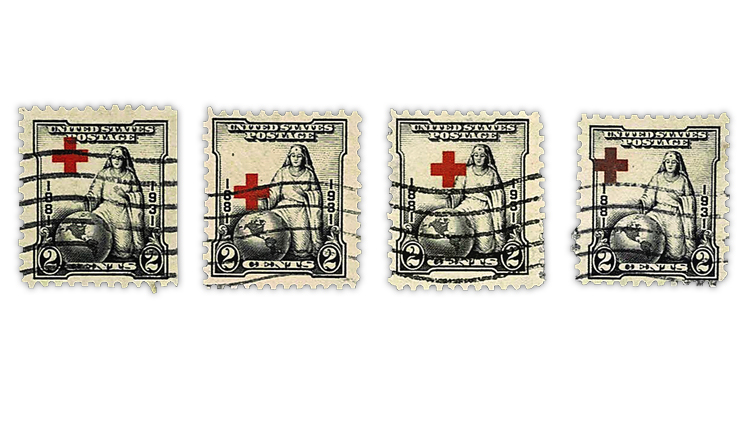 Figure 1. Because the bicolor Red Cross issue was a two-press printing job, the position of the red cross is often misregistered. Significant misregistrations such as these are eagerly sought by collectors. 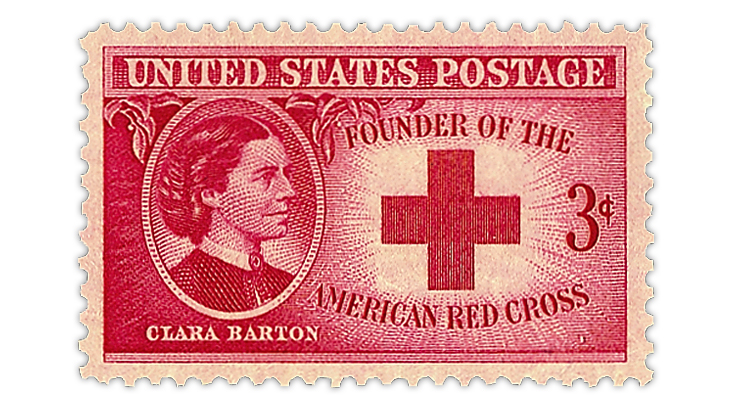 Figure 2. Clara Barton was honored as the founder of the American Red Cross on this 3¢ stamp issued Sept. 7, 1948.
Previous
Next

The U.S. Post Office Department originally intended to use a portrait of American Red Cross founder Clara Barton as the central design for the 1931 2¢ stamp honoring the 50th anniversary of this national organization. But somewhere in the planning process, it was decided to use as the design source a painting of a World War I Red Cross poster called The Greatest Mother in the World.

That also fell by the wayside. Instead, the stamp design is modeled from a 1930 Red Cross poster depicting a nurse kneeling with outstretched arms before a globe.

The Associated Press reported at the time that the nurse on the poster was not a nurse at all, but instead was Marie Bard, of Long Island, N.Y., a well-known model for ads and billboards.

The Red Cross commemorative was printed by the Bureau of Engraving and Printing, and issued May 21, 1931 (Scott 702). Eventually, more than 99 million stamps were printed.

The stamp is bicolor with the cross in red and the rest of the design in black. Because the red cross had to be added in a separate operation, it is relatively rare to find it perfectly centered in the blank space provided on the design.

A note in the Scott Specialized Catalogue of United States Stamps and Covers reads, “The cross tends to shift, appearing in many slightly varied positions.”

There is even an error listed in the Scott U.S. Specialized catalog with the red cross missing (Scott 702a), the result it seems of a corner paper fold-over that left the red cross on the back of the stamp. It is valued at $40,000 in the catalog; this value is shown in italics to identify a stamp that can be difficult to value accurately.

This 1931 Red Cross stamp will be the cartoon caption contest subject for March. Put yourself in the nurse’s garb, contemplate the globe and tell me what you think she might be saying or thinking about the utility of the Red Cross, the state of our world today, the stamp, stamp collecting, postal policy, politics or anything else that appeals to you.

For each winner, the prize will be a 13-week subscription to Linn’s (a new subscription or an extension). Entries must reach me no later than March 27.

By the way, Barton, who was shoved aside for philatelic honor in 1931, received her own commemorative stamp 17 years later. Figure 2 shows this 3¢ stamp issued Sept. 7, 1948, to honor Barton as the founder of the American Red Cross (Scott 967).