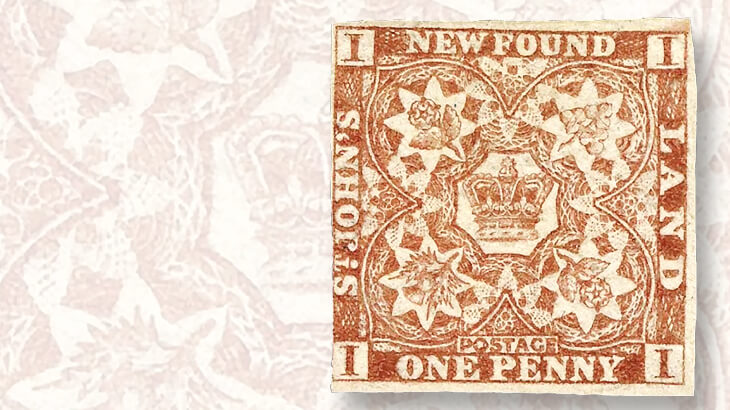 A rare, unissued Newfoundland 1-penny stamp of 1861, erroneously printed in reddish brown instead of violet brown, sold for $8,060 at the Maresch auction in Toronto in early December. 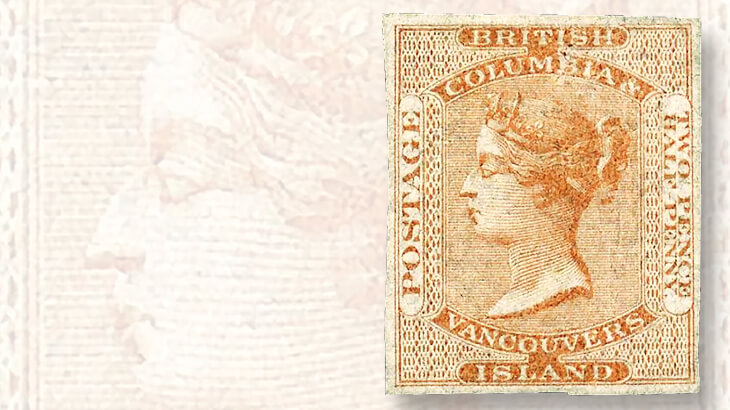 An example of the imperforate 1860 2½-penny stamp of the colonies of British Columbia and Vancouver(s) Island brought $7,675 at an early December sale in Toronto by R. Maresch & Son.
Previous
Next

Among the seldom-seen items offered were a couple of stamps from the colonies of British North America that preceded the formation of Canada.

Prior to confederation, many of Canada’s provinces issued their own postage stamps, from Newfoundland, in the east, to the colony known as “British Columbia and Vancouvers Island,” on the Pacific coast.

Though the two were not formally amalgamated until 1866, British Columbia and the island of Vancouver shared some aspects of governance prior to that date, including a postage stamp issued in 1860.

Maresch offered a beautiful unused, no-gum example of the imperforate 1860 2½-penny stamp that somehow squeezed both the full names of the colonies and the words “Postage two pence half penny” around a bust of Queen Victoria (British Columbia and Vancouver Island Scott 1).

The imperf stamp, which is far scarcer than its perforated gauge 14 successor (Scott 2), was not issued in that form and may have been a proof or a reprint. Regardless, the example in the Maresch sale brought Canadian $9,000, or U.S. $7,675, including the 15 percent buyer’s premium the firm adds to all lots.

The colony’s name evidently proved too much of a mouthful, so on joining the rest of Canada in 1871, it became simply British Columbia. Just prior to that, however, its constituent parts did put out a few stamps of their own.

An early 20th-century imitation of the Vancouver Island 5¢ rose carmine of 1865 by the famous forger Jean de Sperati sold for $238. Classic forgeries are often just as collectible as their genuine counterparts.