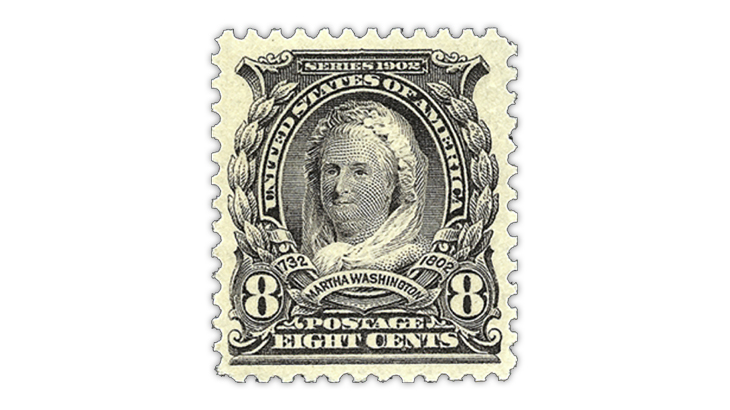 The cartoon caption contest image for October is the United States 1902 8¢ Martha Washington definitive stamp. Entries must be received by Oct. 28 for a chance to win a prize.

This is a curiosity because women in general have gotten much more notice on U.S. stamps since 1938, but George Washington’s wife, sometimes called a “founding mother,” seems to have dropped off the radar screen.

I am sure she would have something to say about this if she could speak. So, let’s use the 1902 8¢ Martha Washington definitive (Scott 306) for the October cartoon caption contest.

This gives you the opportunity to consider what she might be saying about her more than 80-year absence from U.S. postage stamps.

You might also have her comment on the status of women in society — our own or elsewhere — or on politics, stamp collecting, American history, COVID-19, or anything else that occurs to you.

Entries must reach me no later than Oct. 28.

Back to school for September cartoon caption contest