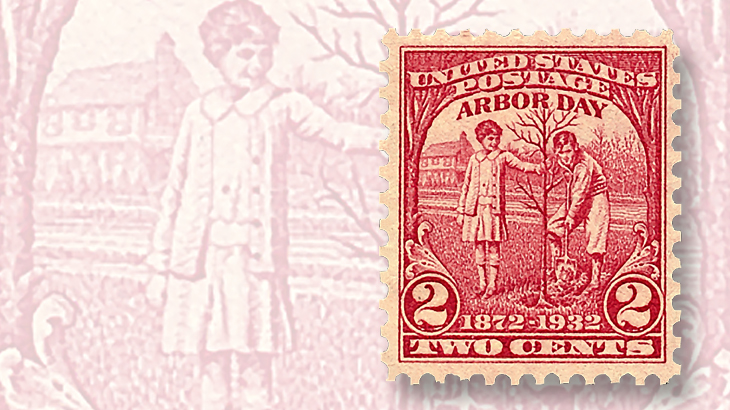 The cartoon caption contest stamp for May is the 1932 2¢ stamp showing the planting of a tree in honor of Arbor Day. Put yourself in the picture and tell me what you might be thinking or saying about the stamp, our hobby, politics, or anything else. There 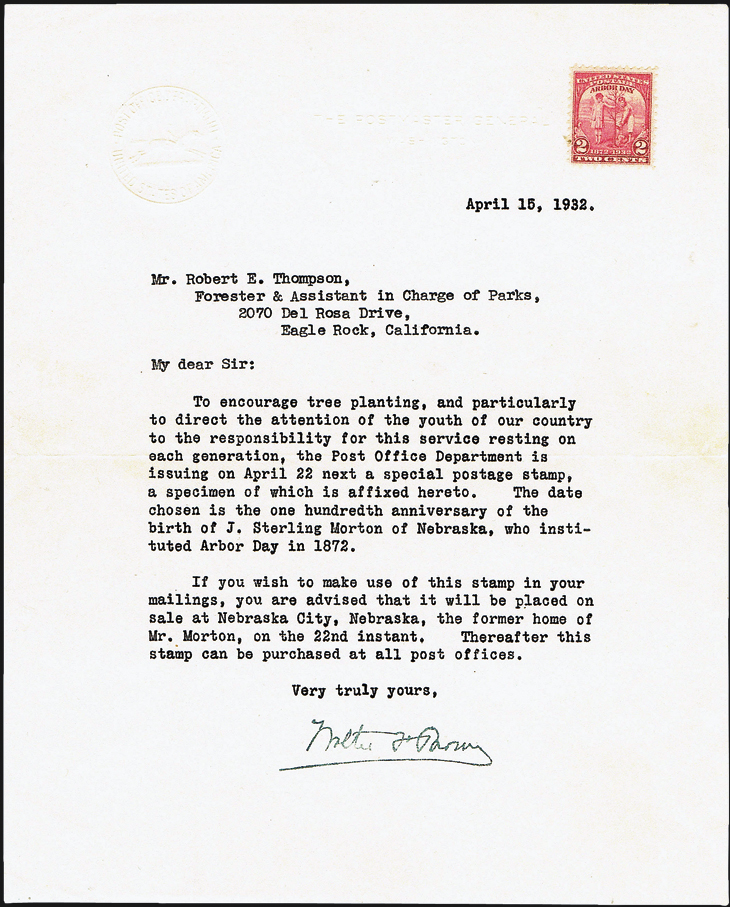 Postmaster General Walter Brown sent examples of the Arbor Day stamp to concerned government officials and citizens a week before the designated day of issue. 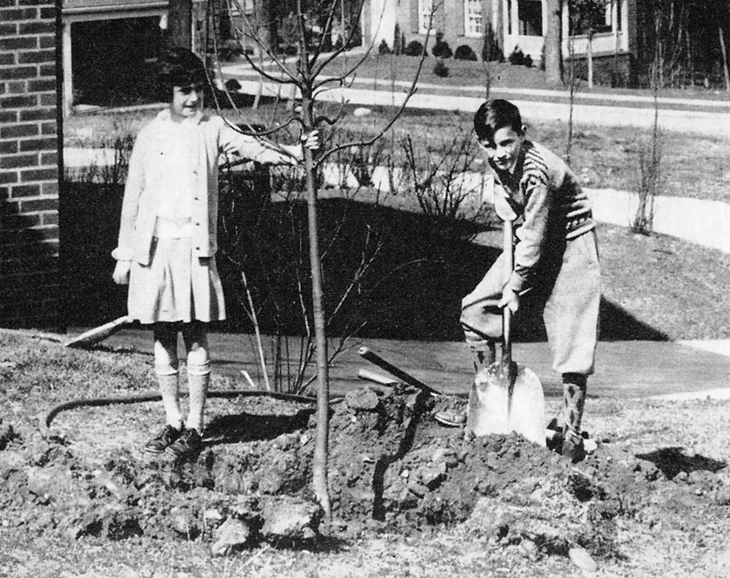 Grinning out from this photograph used for the design of the 1932 Arbor Day commemorative stamp are Alvin W. Hall Jr. and Ruth Hall, children of former director of the Bureau and Engraving and Printing Alvin W. Hall.
Previous
Next

Spring is the planting season and summer is the growing season, so the Arbor Day stamp of 1932 (Scott 717) is a good selection for the cartoon caption contest for May.

This was the first U.S. stamp where the people shown on it were both alive when the stamp was issued and were depicted large enough to be identified.

Who are they? They are the son and daughter of a former director of the Bureau of Engraving and Printing, Alvin W. Hall. The photograph from which the stamp design was modeled is shown nearby. (The photograph was shown in the May 1966 issue of the Scott’s Monthly Stamp Journal courtesy of the U.S. Post Office Department.)

The Arbor Day commemorate also was one of the few U.S. stamps that was used prior to the first day (April 22, 1932) with official blessing.

This is how it happened. Postmaster General Walter F. Brown sent a letter dated April 15, 1932, on his official embossed stationery announcing the forthcoming stamp to county agricultural agents and others concerned with tree planting.

Lightly affixed to the top of each letter was an example of the Arbor Day stamp.

This, of course, was an open invitation for recipients to take the stamp off and use it prior to the first day. Many such uses are known, though not so many that I have been able to find an example!

To enter the cartoon caption contest, picture yourself holding the tree or the spade, and tell me what you might be thinking or saying about the event, the stamp, philately, or anything else that trips your fancy.

To be considered for the prizes, entries must reach me no later than May 27.