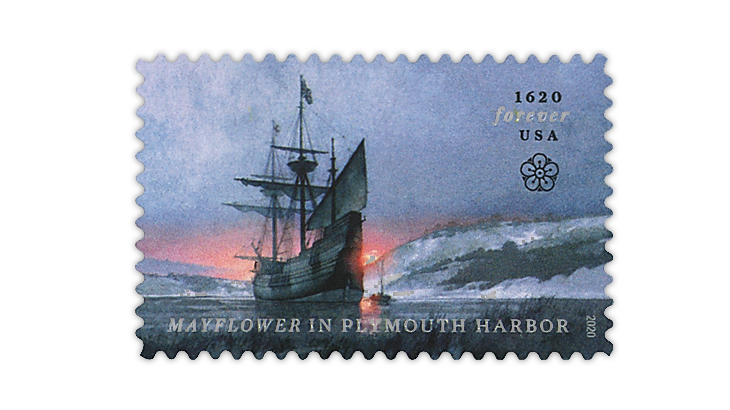 Included in this month’s listings are Scott numbers for the Mayflower in Plymouth Harbor commemorative forever stamp issued Sept. 17 to celebrate the 400th anniversary of the arrival of the Mayflower in Plymouth, Mass. Also Scott official are the four contemporary Christmas stamps issued Sept. 24 in a double-sided pane of 20, which the U.S. Postal Service calls a convertible booklet.

All of the numbers will appear in the Scott New Listings Update section of the Nov. 16 Linn’s Stamp News. For further information, contact Martin J. Frankevicz.