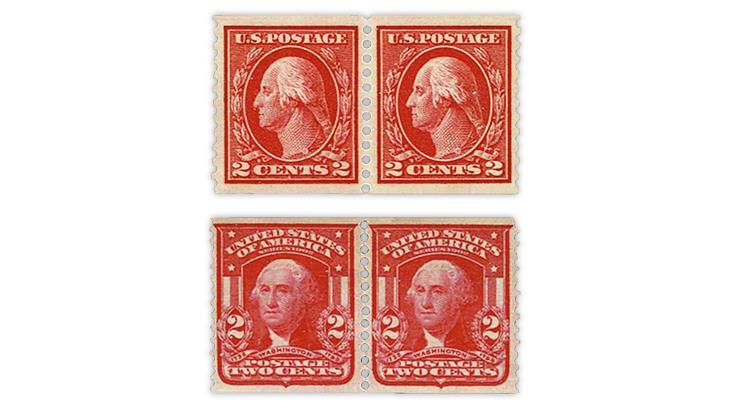 Figure 1. Are these 1914 2¢ George Washington and 1908 2¢ Washington Shield coil pair candidates genuine or fake? The accompanying article describes how an expertizer would come to a conclusion on each pair. 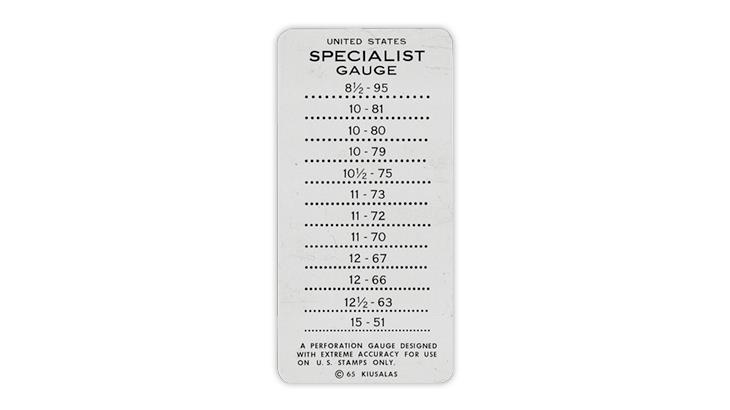 Figure 2. The Kiusalas gauge allows for more precise measurement of perforations on United States stamps that have a common standard measurement, perf 10 for example, but owing to different equipment used, have a different spacing between the holes. For e 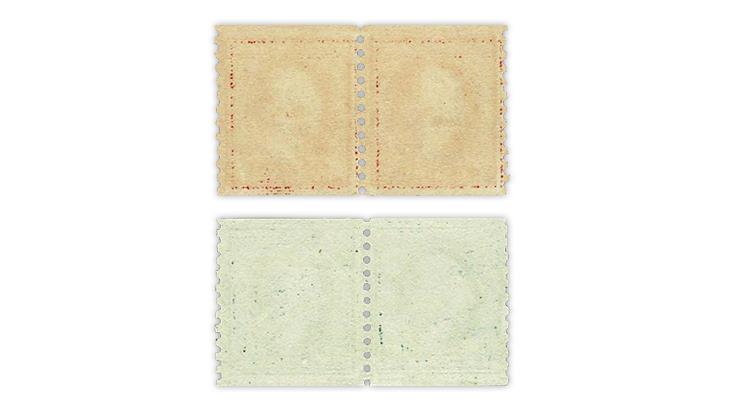 Figure 3. On top, the Scott 444 candidate from Figure 1 is shown from the back. Compare the perforations to those of the genuine 1¢ pair (Scott 443) pictured below. 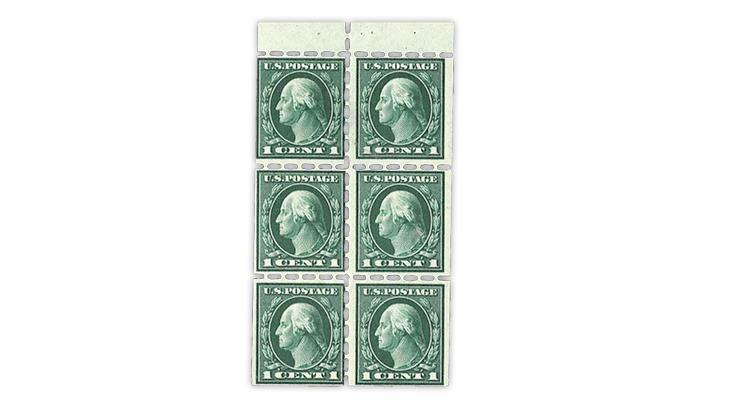 Figure 4. Are the odd perforations on this booklet pane an experimental effort to make separation easier? No, they are the product of a fertile imagination and a razor blade.
Previous
Next

Expertizing can be as much art as science. Take the patients (stamps submitted for expertization) shown in Figure 1.

In order to reach a conclusion on whether they are genuine items as described by the submitters, there is a certain amount of measuring that needs to be done. Such measurements are objective: The patients either meet the criteria or they do not. But after that, additional observations depend upon the knowledge and experience the expertizer brings to the table.

The pair at left in Figure 1 was submitted as a mint pair of Scott 444, the 1914 2¢ George Washington horizontal coil, design type I, flat-plate printed, perf 10 vertically with a single-line watermark. A never hinged pair catalogs $120 in the current Scott Specialized Catalogue of United States Stamps and Covers.

Measuring the design shows that it is indeed a flat-plate product. Flat-plate-printed stamps are shorter and thinner (generally 18.5 millimeters to 19mm wide by 22mm tall) than rotary-press-printed stamps (generally 19.5mm to 20mm by 22.5mm to 23mm). This is confirmed by light offsetting of some of the dark framelines on the back of the stamps, which is a characteristic of flat-plate printing.

A look with a 10x magnifier confirms that the submitted stamps are indeed type I. And holding these stamps up to a strong light shows a clear single-line watermark.

So much for science, now comes the art. First the expertizer needs to know that there is a readily available source for fakes of Scott 444. It is Scott 409, the same basic stamp but imperforate. So after it the submitted pair has passed the first three tests, the expertizer has to look carefully at the top and bottom margins. And then look carefully at the perforations.

In the example in Figure 1 there is plenty of margin at the top and bottom such that the stamps are about 25mm high.

Fake Scott 444 stamps can also be made from Scott 425, the 2¢ type I flat-plate sheet stamp, by trimming top and bottom perforations. But doing that most often leaves a stamp that is not tall enough.

There is still another cause for concern because the imperf edges must be straight from left to right and exactly parallel from top to bottom.

The imperf edges on our presumed Scott 444 are well done, but not perfect. When coils are manufactured from imperfs, it is nearly impossible to cut them so they will pass this test, especially with multiples. In this case the top imperf line slightly peaks above the central perforations, and the left hand bottom margin is slightly shorter than the bottom margin at the right.

Now on to the perforations. Often with fakes they will not measure correctly. In this example they do match up well with the standard perforation gauges. But they fail when compared using the United States Specialist gauge, also known as the Kiusalas gauge.

Figure 2 shows this gauge. Created by Richard Kiusalas in the mid-1960s for specialists in U.S. stamps, it has various settings for perforations commonly believed to be the same. For example and relevant to our patient, there are three perf 10 measurements: 10-79, 10-80 and 10-81. The second set of numbers refers to the spacing between the holes in thousandths of an inch.

Referring to The Expert’s Book: A Practical Guide to the Authentication of United States Stamps Washington/Franklin issues, 1908-1923 by Paul W. Schmid reveals that genuine perforations for this coil would be 10-79 on the Kiusalas gauge. The perforations on this pair are a perfect 10-80, a minor but important difference.

There also is the question of the shape of the holes. Genuine perforation holes will be slightly elongated, with a consistent roughness in the holes. On our presumed Scott 444 stamps, the full holes seen between the stamps are too round and too clean or perfect inside. This can be seen in Figure 3, in which our presumed Scott 444 is shown from the back at top. Shown below is a 1¢ perf 10 horizontal coil pair.

In addition, note that the holes on the 2¢ pair are too large compared to those on the 1¢.

So the bottom line is this pair submitted as Scott 444 is a fake. The 1998 certificate from the American Philatelic Society Expertizing Service states: “United States, Scott No. 409, altered pair, unused, original gum, genuine, but with fake perforations, added to resemble #444.”

Now let’s go back to Figure 1 and apply what we have just learned to the 1908 2¢ Washington Shield pair submitted as a Scott 322 candidate. This is the horizontal coil, perf 12 vertically, type II, that catalogs as a mint pair in Scott at $17,500. The value is in italics. (Italics indicate a stamp that can be difficult to value accurately.)

For the submitted 1908 2¢ Washington Shield pair, the stamps are type II. The genuine perforations are 12-66, and these match perfectly. The holes are a good match to those found on the sheet stamp, and that is where these stamps originated.

The cuts top and bottom are not parallel: The stamp on the right is slightly taller than the one on the left. Neither has enough margin to be a genuine coil.

The Philatelic Foundation looked at this pair in 1973 and found that “it is not a genuine coil pair.”

Speaking of perforations, the spectacular hyphen-hole perforations on the 1¢ booklet pane in Figure 4 would be a puzzle for a collector trying to find them in the Scott catalog. The reason is that no such perforations were ever applied to U.S. stamps.

This booklet pane falls into the “if it sounds too good to be true, it probably is” category.

I’ve seen this type of perforation described as “possibly a rare experimental perforation,” with a price to match the word “rare.”

In fact the booklet pane is likely the product of someone with a fertile imagination using a razor blade to carefully remove every other perforation hole. It’s an impressive looking item, but it is a fabrication using a genuine booklet pane.