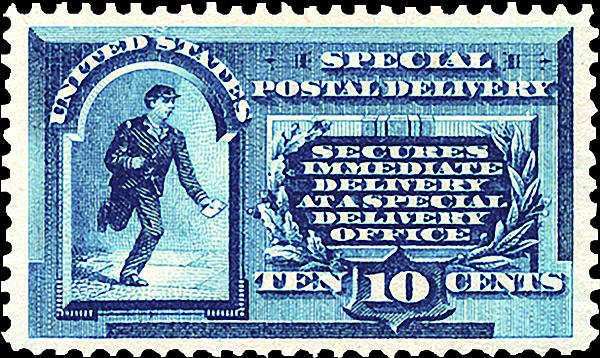 Figure 4. The cartoon caption contest stamp for August is this 1885 design issued for the start of the special delivery service. The rules to enter the contest are in the accompanying article. Entries must be received at Linn’s by Aug. 25 for a chance to win a prize. 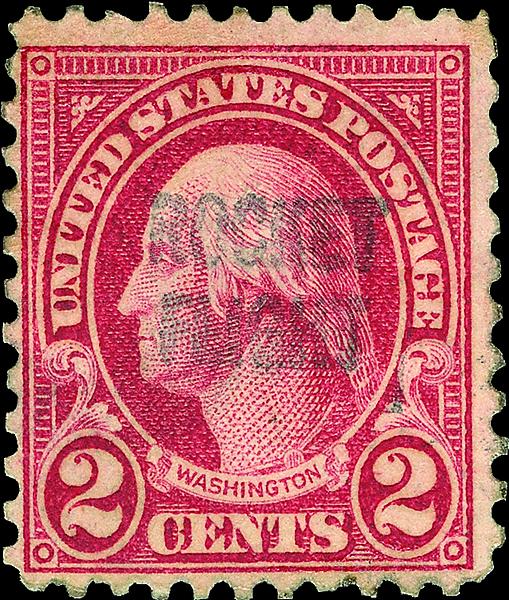 Figure 3. A decidedly low-budget overprint, this “Rocket Flight” addition to a 2¢ George Washington stamp (Scott 634) is a mystery waiting to be solved. 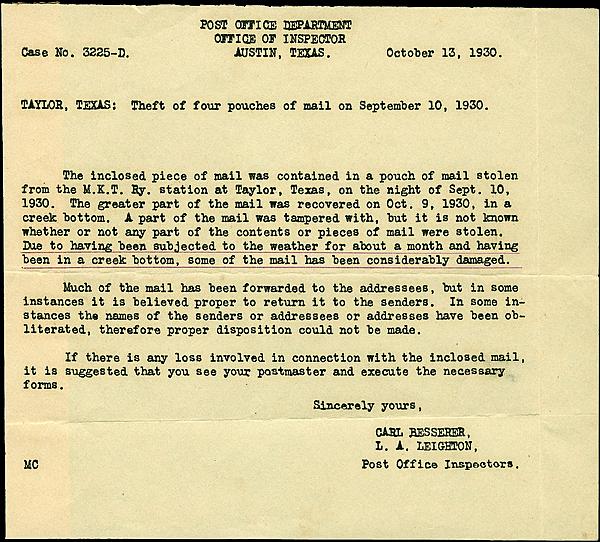 Figure 2. The story of the messy cover in Figure 1 is told through this letter from two postal inspectors from Austin, Texas.

Figure 1. This 1930 cover with a permit paid indicia looks as though it has been through the mill. Actually, it spent a month on a creek bottom after the pouch it was in was stolen at Taylor, Texas.

Who would bother with a wretched and obviously dirty and damaged cover like the one shown here in Figure 1? Well, my friend Stephen Taylor, an American stamp dealer who lives in England, marked it as one I would want because of the letter that goes with it.

Here is the story it tells about the theft:

The letter goes on to explain that the mail was forwarded to the addressee if possible, or returned to the sender if not.

This piece of mail, from the Rotary Club in San Antonio, Texas, probably got to its intended recipient in Topeka, Kan., because the address is clear.

Four pouches of mail is a significant amount of mail; I am left to wonder how many covers from this incident have survived to the present. I would be willing to bet that most were destroyed, but I would be interested to learn if any U.S. Notes reader can report other examples.

A clearly unofficial and low-quality “Rocket Flight” overprint on the 2¢ George Washington stamp in Figure 3 (Scott 634) is an album weed in need of an explanation.

It is the sort of thing that A.C. Roessler might have done in this era, but Roessler productions were of generally high quality, and this fails that test.

It might be a one-off, a joke, or it might be something that was prepared for a certain flight and exists in multiple form.

In any case, Linn’s readers are invited to contribute any information or ideas they have about it. If you can help, please contact me at the address provided earlier in the column.

Subsequent stamps issued for this service had the delivery messenger on a bicycle on the 1902 stamp, on a motorcycle in 1922, and finally in a truck in 1925.

The stamps for special delivery service issued after these designs did not show a method of delivery.

The first design with the runner is the cartoon caption contest stamp for August.

I would like you to picture yourself as the young man with the track shoes and consider what you might be thinking or feeling about your work; the need to be out in the wind, rain, sleet and snow; the new service being offered; philately; or anything else that crosses your mind.

Put your entry (or entries) on a postcard if possible, and send it to me, John Hotchner, Cartoon Contest, care of Linn’s Editor, Box 29, Sidney, OH 45365; or e-mail it to jmhstamp@verizon.net. Be sure to include your mailing address.

For each winner, the prize will be the book Linn’s Stamp Identifier, published by Linn’s (a retail value of $12.99), or a 13-week subscription to Linn’s (a new subscription or an extension). To be considered for a prize, entries must reach Linn’s no later than Aug. 25.