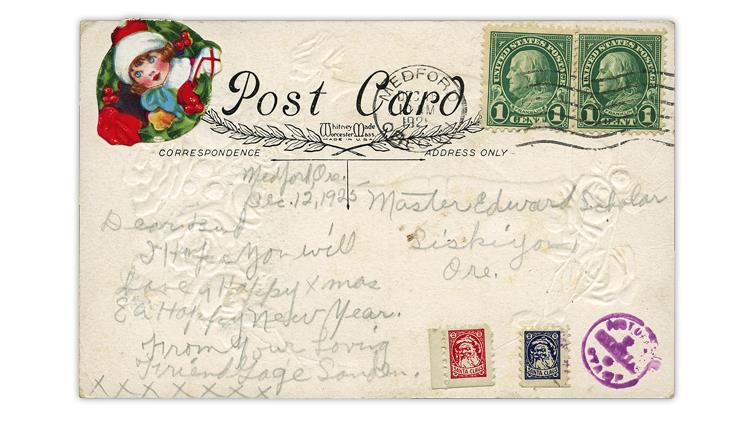 Figure 1. This Dec. 16, 1925, postcard from Medford, Ore., bears a pair of Santa Claus miniature stamps together with a miniature faux cancellation. 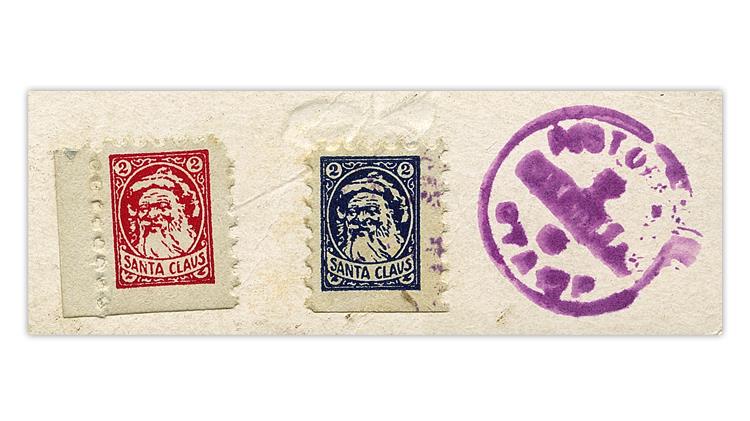 Figure 2. An enlarged close-up of the miniature stamps and cancellation on the postcard in Figure 1. These miniature stamps are known as “toy stamps.” They were created for a game to teach children about the post office.
Previous
Next

A curiosity can be seen on the 1925 postcard in Figure 1. At the bottom of the address area are two tiny stamps with an image recognizable as and labeled as “Santa Claus.”

As shown in the close-up in Figure 2, a tiny faux cancellation was also applied.

These miniatures and others like them that mimic real stamps are known as “toy stamps.” They were included in games intended to teach youngsters about the operations of the post office and how to use its services.

I own a couple of these games, and everything in them is miniaturized: mailing envelopes, post office forms, telegram forms, etc.

I don’t know precisely which game included the Santa Claus toy stamps, but their presence on the 1925 postcard indicates that they are 100 or more years old.

They are listed in Drummond’s Catalog of Philatelic Miscellany, Part Three (letters Q–Z), an extremely useful resource for identifying the wide range of U.S. cinderella material (defined as items that have the form of postage stamps but were produced for dozens of other purposes). Edited by James N. Drummond, the catalog was published in three parts in 2016.

Drummond’s listing of these toy stamps is incomplete as it does not provide the specific source, but it does note that they exist in red and blue and that they were printed in sheets of 25 (five by five), perf 12. They are not valued in the catalog.

I would say they are not rare as I have seen many off-cover examples. On a dated postcard, such as the Figure 1 example canceled Dec. 16, 1925, in Medford, Ore., I believe they are at least scarce.

Even though they are not real stamps, I am happy to have examples for my Christmas collection.