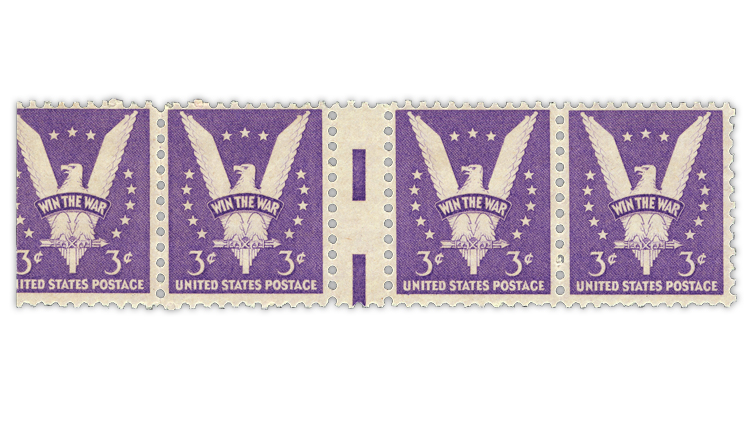 Figure 1. This strip of 1942 United States 3¢ Win the War stamps includes a cataloged error: a pair of stamps with full vertical gutter between. 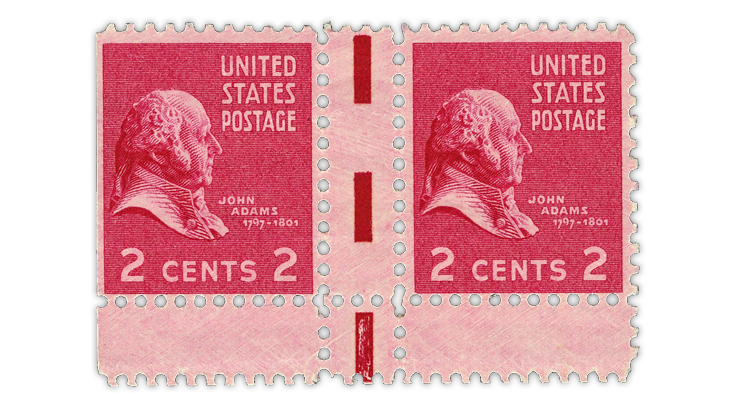 Figure 2. This 2¢ Presidential, or Prexie, horizontal pair is close to being an error with full vertical gutter between. However, the perforations have been sliced off the left edge, thus the stamp on the left is incomplete, disqualifying the pair for the 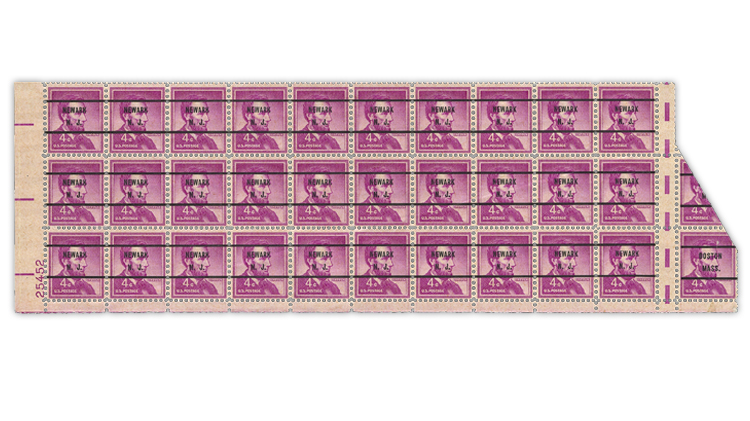 Figure 3. This United States 4¢ Abraham Lincoln block does not qualify as an error because the right hand stamp has its upper right corner clipped. It is a significant variety, however, as there are two different precancels on either side of the gutter: N 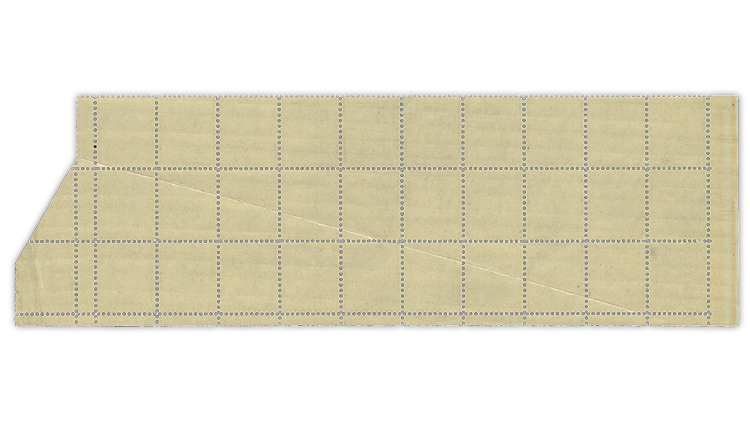 Figure 4. The United States 4¢ Abraham Lincoln definitive stamp block from Figure 3 is shown from the back with the paper folded as it was when the sheet went through slicing, illustrating how the variety was created. The fold runs at an angle from the up
Previous
Next

In the Scott catalog listings for the United States, you may have noticed an error that is described as “pair with full horizontal (or vertical) gutter between.”

These errors, which are very scarce, resulted from paper folds or, more unusually, a mismatch between the printed sheets of 200 commemoratives or 400 definitives and the mechanism that slices them apart into four post office panes.

The example shown in Figure 1, a horizontal strip of the 1942 3¢ Win the War stamp (Scott 905) was the result of an extremely wide slice of a misaligned sheet.

The key to calling such varieties errors is that the stamps on either side of the gutter must be complete.

For every error, there are probably 25 “almost errors,” such as the 2¢ John Adams Presidential, or Prexie, pair (Scott 806) shown in Figure 2. In this example, the full design is evident, but the slicing has lopped off the left hand perforations. As the saying goes, “Close, but no cigar.”

Figure 3 shows another close example, a precanceled block of the 1954 4¢ Abraham Lincoln stamp (Scott 1036) from the Liberty series. For the image, the block was photographically cropped from a block of 102 stamps (a pane of 100 plus the two stamps in the lower right).

In this case, there was a paper fold before the slicing operation. The fold as it was during slicing can be seen by looking at the back of the pane, shown photographically cropped in Figure 4.

This block does not have two full stamps on either side of the gutter, but it has a redeeming feature as it shows how Bureau precancels were applied.

Rubber mats were used to produce precanceled stamps to fill orders from city post offices. If the orders were large enough, the rubber mats might apply a single city precancel on all four panes of a sheet. However, if the orders were smaller, the mats could be made up of different city names, such that part of the sheet might be one location and an adjoining pane might be another.

The 4¢ pane illustrates this as the left pane was precanceled Newark, N.J., while the appended partial stamps were precanceled Boston, Mass.

There are precious few examples of this type of variety in existence. I have seen perhaps two or three in the course of 50 years.